Italy wants independent probe into origin of pandemic, backs India’s call for reform of WHO 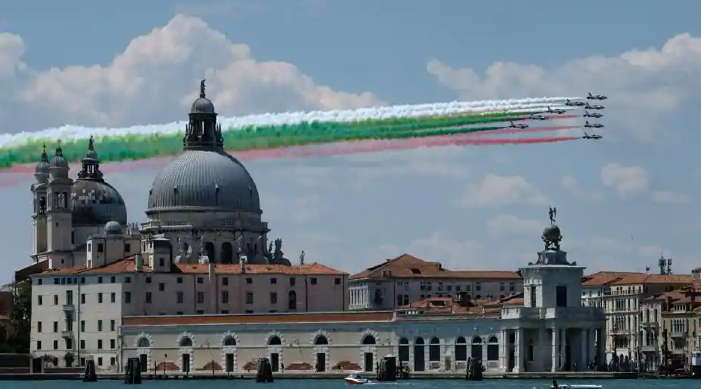 With Italy and India set to take on the presidency of the G20 in 2021 and 2022, Amendola said the two countries would also play a key role in helping shape the post-Covid-19 world order

Italy wants an independent inquiry into the origin of the Covid-19 pandemic in China and backs India’s calls for reform of multilateral bodies such as WHO that didn’t perform as expected during the current crisis, the country’s minister for European affairs Vincenzo Amendola has said.

With Italy and India set to take on the presidency of the G20 in 2021 and 2022, Amendola said the two countries would also play a key role in helping shape the post-Covid-19 world order, including global supply and value chains and ways to recover from the economic crisis created by the pandemic.

In an interview with Hindustan Times over Skype, Amendola said Italy backs Prime Minister Narendra Modi’s call, made during the G20 virtual summit on March 26, for reforms of international bodies such as the World Health Organization to meet the needs of a changing world.

“The WHO for this crisis didn’t perform according to some criteria and…it’s necessary…to open an independent inquiry on what happened in China that was the starting place of this Covid-19 crisis,” he said.

“Your prime minister was right because the multilateral aspect of the global order is not updated [with] the risks and opportunity of the current period. The WHO, I don’t think, it performed in a correct way during this crisis, there were many delays and many problems,” he added.

Describing Europe and India as “sisters”, Amendola spoke of the need for closer cooperation between Italy and India both to shape the agenda of the G20 and to help fashion a new world order.

“If I look where we are going to invest, I see that you [India] are the actor relevant for our common future,” he said, referring to the possibility of working together on green technologies such as renewable energy and digital transition, for which India is well placed because of its technological capability and human capital.

With Italy set to become the G20 president in 2021 and India taking on the same role in 2022, Amendola said: “We are going to be the two countries that will bring the G20 out of the recession. We have a coordinated responsibility to present to the main actors on the global level how we can recover from this pandemic and this global economic crisis.”

The Covid-19 had emerged as a “big test for multilateral cooperation”, he said.

“A few months ago, there were many people who wanted to participate in the funeral of multilateralism but nowadays it is clear that multilateralism is necessary in order to strengthen the resilience of the global economy.”

Amendola was also critical of China’s Belt and Road Initiative, saying Italy and India will have to work on “different aspects of free and fair trade” and “global legal standards” as the post-Covid-19 set-up moves towards new supply and value chains.

“There is not just one way like the Belt and Road Initiative, there are many ways that we have to restore the global chain. There should be not just one way of distributing, producing and giving the ownership of this trade track. There should be…different options and the European Union is…devoted to diversification of rules of trade and creation of value chains,” he said.