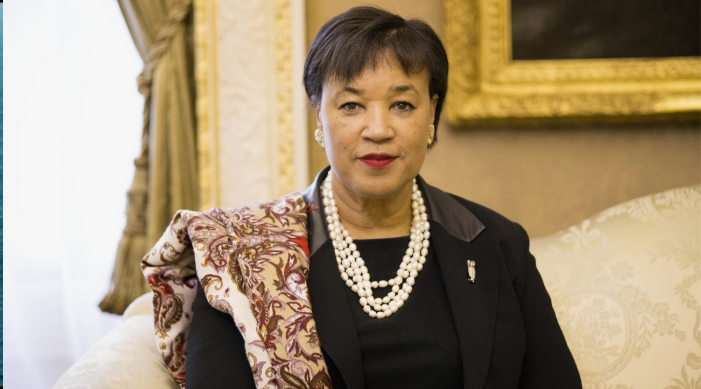 The world is looking towards India how Prime Minister Narendra Modi, the government and the people have responded to the COVID-19 pandemic, controlled it and minimised it, said Commonwealth Secretary-General Patricia Scotland.

She said she was impressed with the way Prime Minister Modi pulled together members of the SAARC, including Pakistan.

In an exclusive interview with IANS, the Secretary-General said India -- a home to half of the Commonwealth's 2.4 billion citizens -- is a valued member of the Commonwealth family, with its government, people and institutions contributing in practical ways to collaborate across the 54 member countries, particularly through innovative programmes such as the UN India Fund and Commonwealth Trade Finance Facility.

On the pandemic, she said the whole Commonwealth has been affected by the virus.

India reported its first case in January just like the US, Italy and Russia and has made an immense effort to keep the spread of the virus under control and safeguard its citizens.

"That is why, people are looking to India for how Prime Minister Narendra Modi, the government and people of India have responded to the pandemic, controlled it and minimised it because it could have been so much worse," she said.

"We know that we have never needed multilateralism more than we do today. I was very impressed with how PM Modi pulled together members of SAARC, including Pakistan -- everyone came -- in which the need for 'coming together, not growing apart' was underlined.

"I commend India for providing various medical supplies -- testing kits and sanitisers among other items -- to SAARC members, including Commonwealth member states Bangladesh, Maldives and Sri Lanka," she said.

"India is the largest provider of generic drugs globally and can, therefore, draw on its growing pharma industry to provide medical supplies to many small Commonwealth states and we've been very interested in how India's made this contribution."

Thanking India's Union Health Minister Harsh Vardhan for participating in the Commonwealth Health Ministers' meeting this month, she said he highlighted India's response to COVID-19, under the highest level of political commitment and guidance of Prime Minister Modi, who has been pro-active.

"The Commonwealth looks forward to working more closely with representatives of government and other agencies to share solutions and advice in fighting this pandemic," she added.

The ministers have endorsed removing fees for the coronavirus tests and treatment, especially for migrants and refugees, as appropriate within national contexts, and creating a voluntary mechanism to share and distribute extra medical supplies, including ventilators and testing kits.

India will chair the next meeting of the Commonwealth Health Ministers in May 2021.

As on May 21, 5,000,038 coronavirus cases have been reported globally. Half a million of these are in the Commonwealth countries.

Seven member states are among the 12 nations worldwide that have not reported any cases.