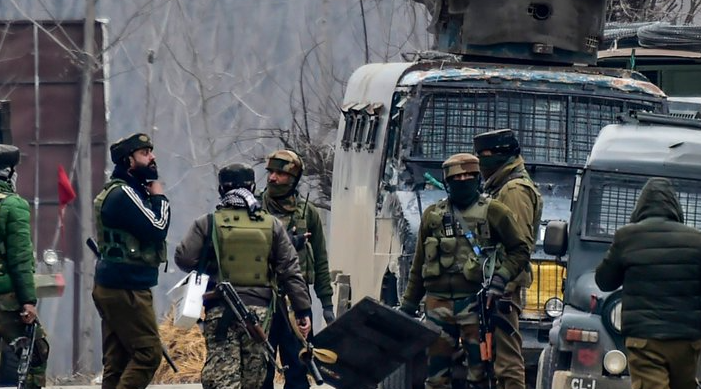 They were killed in joint operations carried out by the J&K Police, Indian Army and CRPF

Four terrorists have been killed in joint operations by the security forces in Jammu and Kashmir’s Kulgam and Anantnag districts today.

Two terrorists were killed during an encounter in the Nipora area of Kulgam. The terrorists were in the process of being identified and a search was still on, the Kashmir Zone Police said in a post on Twitter.

Two Hizbul Mujahideen (HM) terrorists were killed by the security forces in a separate joint operation in the Anantnag district early this morning.

According to a post on Twitter by Indian Army’s Chinar Corps, a joint operation Op Lallan was launched early this morning on the basis of an intelligence input. A cordon was laid and a firefight ensued once the terrorists were located. Two terrorists were eliminated during the operation.

Precision operation ensured that there was no collateral damage, the Chinar Corps said.

Two pistols with ammunition and three grenades were found from the possession of the killed terrorists.

Today’s joint operations showed a high level of coordination between Jammu and Kashmir, the Indian Army and the Central Reserve Police Force (CRPF).

These operations are the latest in a series where security forces have killed a large number of terrorists in the past few weeks.

Nine terrorists were eliminated in Shopian within a span of 24 hours on June 7-8.