The rise of the Indian woman 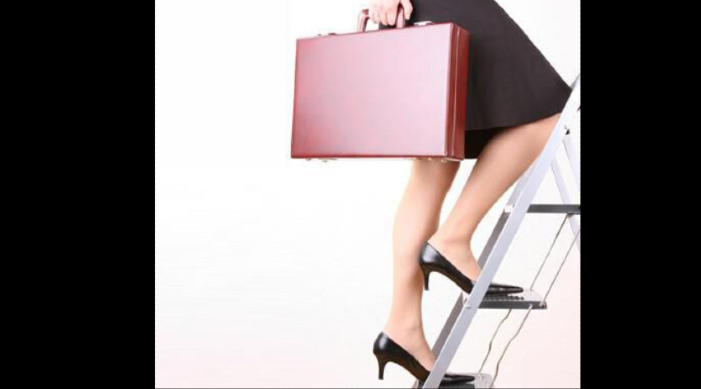 It is vital for every Indian citizen to fully understand this because it has been a long and hard road, filled with policy failures pre-1991. At the time of Independence, PM Nehru actively de-prioritised women’s primary education as part of national education policy. Compare this to the much-despised Chairman Mao, who famously said, “Women hold up half the sky” and prioritised the education of the girl child. Women literacy rates in China are at 96%—contributing to more prosperity and lower population growth—compared to an estimated 70% literacy in India.

Much of this 70% has to do economic liberalisation and ensuing globalisation, along with a concerted digital push. In the 1950s, just after Independence, women’s literacy was barely 9%. 44 years later in 1991, it had slowly risen to 39% per Census. After liberalisation, it accelerated to 68% in 2015 per the National Family and Health Survey [NFHS-4]. To study the effect of women’s literacy on the economy and demographics, one only needs to correlate it to total fertility rates (TFR). In the same period that women’s literacy rates rose from 43% to 68%, TFR plummeted from an abnormally high 3.4 down to 2.18, and trendlines indicate India is at 2 now. We are officially below replacement rates for emerging economies, pegged at TFR of 2.3. More importantly, this is completely organic, not a result of forced population control and largely a consequence of women’s literacy and empowerment. PM Modi’s “Beti bachao, beti padhao” programme has also improved gender ratio at birth from 887 per 1000 in 2014 to 903 in 2017, per CRS data.

Meanwhile, women have been capitalising on the new horizons open to them to study and build clear aspirations. Women’s enrolment in higher education institutions is galloping at 4.9% YoY since 2011-12, per AISHE, while men’s enrolment rate has slowed to 2.5%. This dynamic is tilting further every year; between FY’18 and FY’19, male enrolment moved by only 5,000 nationwide while women enrolment jumped by 7.5 lakh. Gross enrolment ratio (GER), which is the measure of how many young people in the 18-23 age bracket are in college, shows women have overtaken men for the first time in 2018-19—26.3 for male vs 26.4 for female. There is no doubt anymore that the Indian woman is breaking out with unambiguous aspirations.

Increasing women enrolment in higher education is truly a pan-Indian phenomenon; it transcends any perceived state, religious and social boundaries. Women’s literacy, in general, has risen 24% from 2005 to 2015 against 9.7% for men [NFHS]. Every community has experienced this, with the highest increase among Muslim women at 30%, followed by Buddhist women at 27% and Hindu women at 24%. This trend propagates into college too—Muslim women’s enrolment is up by 8.7% YoY against 6.9% YoY for men between FY’13 and FY’19.

In almost every state, women’s enrolment rates are higher than men. This is surprisingly true even for northern and eastern states that generally have low overall GER. In Bihar, where GER is only 13.6—India’s lowest— women’s enrolment is up by 4% YoY from FY’12 to FY’19 compared to 2.3% YoY for men. Wide disparities are observed in Rajasthan where it is 7.4% (W) vs 2.7% (M) and in Madhya Pradesh with 6.4% (W) vs 0.4% (M)—on a YoY basis from FY’12 to FY’19. In southern states too, where GERs are higher than the 26.3 India-average, we see the same phenomenon. Karnataka is 2.9% (W) vs 0.7% (M), while Tamil Nadu is 2.3% (W) vs 0.5% (M), again on a YoY basis between FY’12 and FY’19. Data shows women will soon overtake men in college, will be better educated and will dominate India in the future. In some fields, like MBBS, women in the incoming classes have already crossed 50%, and soon we might need reservation for men in MBBS and other areas.

Women are taking charge in every sphere of the Indian socio-economic fabric. Science and technology fields like biotechnology, life sciences, space and others have many women quietly working away at frontier innovations. The women of ISRO are a more famous example and have been integral to India’s spectacular space successes.

This extends to startups as well, where we see women founders and co-founders of tech startups in almost every field—e-commerce, fintech, artificial intelligence, life sciences, media, education, health, and more.

The corporate ladders in India are also gradually filling up with more women. Corporate India now comprises of 30% women compared to 21% in 2014, per a study by Zinnov-Intel. Women head Indian arms of some large multinational corporations and investment firms like Intel and Omidyar. 40% of the engineering class is now women. As more women graduate with specialised degrees, it is imperative to place them in suitable jobs so they may join the workforce.

Panchayat Raj has been a sphere where women have come into their own and are implementing far-reaching reforms for their villages. What started as a 33% reservation, subsequently increased to 50%, has now taken a life of its own. Panchayat women are taking ownership of their village’s development and finding new ways of gainfully employing the citizens, making the village self-reliant in energy by instituting solar panels or wind turbines and bringing other women together in SHGs to work towards the betterment of their communities. The number of female Sarpanchs is also on the rise.

We observe a similar phenomenon in many areas—the administrative services, the political machinery, entrepreneurial ventures, farming and dairy production, manufacturing, and so on.

The last six years during PM Modi’s leadership, especially, have seen the launch of some of the most progressive women-friendly policies in the world. The right to paid maternity leave was extended to 26 weeks; third-highest in the world. Paternity leave of 15 days has become a norm, demonstrating the immense value placed on the family unit in our country. Further, the Matru Vandana Yojana has provided Rs 5,000 crore worth of maternity benefits to 1.35 crore women, as of March 2020.

The emphasis on family welfare was also extended via Intensified Mission Indradhanush, which dramatically improved maternal and child health. As of June 2019, 86.88 lakh pregnant women and 3.38 crore children were immunised. World Bank estimates show a significant reduction in IMR (36.9 per 1,000 live births in 2014 down to 29.9 in 2018). A similar decrease in MMR too; Union Health Minister Dr Harsh Vardhan has announced that “India is on track to achieving the (WHO) Sustainable Development Goal target for reducing MMR by 2025, five years ahead of timeline of 2030.”

Further, the drive to provide clean water, free LPG cylinders to 8 crore women for smoke-free cooking and sanitation via Swacch Bharat has contributed tremendously to the health and upliftment of the Indian woman. India’s digital push and utilising India Stack with Jan Dhan accounts have provided some of the most extensive one-swoop women empowerment drives in the world. We saw this network thrive as recently as April 2020 when 20 crore women all over the country received direct benefits from GoI to support their family during the Covid lockdown. No longer are our women on the sidelines, resigned to their lot. They are participating in households, villages, cities and governance with renewed vigour.

While there’s still some way to go, there’s no doubt we are today witnessing the rise of the Indian woman. The groundwork is laid. As more women look for opportunities, be it in the rural economy, post-graduate employment or in the cities, the country must now ensure these opportunities exist. This is how we double our workforce, productivity, and economy. The future of India lies in our women.