How Jammu & Kashmir Reorganization Act 2019 pushed Pakistan on the back foot, again Indian Parliament’s J&K Reorganization Act completed its first year on August 5. By the virtue of this Act, Special Status granted by the Constitution of India was withdrawn along with its statehood. The State was converted into two Union Territories of (a) Ladakh, and (b) Jammu and Kashmir.

Reorganizing any federating unit of the Indian Union, territorially or administratively, to streamline the administration or accelerate developmental activities is provided by the Constitution of India. It may be reminded that at several occasions in the past, the Union government did take recourse to relevant constitutional provisions. Only a few years ago, Telangana was carved out of the State of Andhra; earlier, Patiala and East Punjab States (PEPSU) were reorganized to form the present-day Punjab State.

A look at historical, geographical reasons

Jammu and Kashmir had been granted special status in the Indian Constitution for some historical and geographical reasons. A movement for freedom from the rule of the Maharaja, and establishment of popular, secular and democratic governance had been carried on by the people of the State for more than three decades before the dawn of independence.

The partition of India in 1947 and carving a new state based on two-nation theory ran counter to the essence of the three-decade-old popular struggle in Jammu and Kashmir. The perception of a secular democratic Jammu and Kashmir was epitomized in the document called Naya Kashmir Manifesto adopted by National Conference, the political party formed by the people of the State under the leadership of Sheikh Muhammad Abdullah.

There was indeed a small group of people in Jammu and Kashmir that sympathized with All India Muslim League during the days when the freedom struggle against the colonial rule was at its peak in India. However, they had not brought the Muslim League to the State but created their party called J&K State Muslim Conference. Since this party followed a communal agenda, it did not receive any cognizable support from the masses of people and remained restricted to a small area of western Jammu region where the influence of the Muslim League was palpable.

With the partition of the country, the difficult question for the ruler of the state was to decide the future of the State and its people. Knowing the geographical constraints and the demographic complexion of the State, the Maharaja concluded a standstill agreement with the dominion of Pakistan and made the same proposal to the dominion of India. He needed some time to decide the future status of his state.

The ink on the standstill agreement had hardly dried up when the tribesmen from the North-West Frontier of Pakistan led a massive incursion into the State and routed the small rather negligible resistance which a few platoons of the State forces offered. In this critical situation, the rulers of Pakistan stonewalled Kashmir ruler's further negotiations with them. He signed the instrument of State’s accession to the Indian Union and forthwith received emergency military support to push back the raiders. A year later, India and Pakistan agreed on a ceasefire in J&K and the Line of Actual Control (LOAC) was established as a result of Shimla talks between the two countries in the aftermath of separation of Bangladesh from West Pakistan in 1972.

The special status granted to the J&K was a temporary measure. The purpose was to give the people of the State an impression that besides being free to legislate and plan for them, the Union of India was there to extend its support in whatever way possible to strengthen the freedom of the people.

The Security Council passed two important resolutions in 1948 and 1949. The crux of these resolutions was that Pakistan should withdraw its fighting forces from the part of the State under its occupation, administration of the State would be run from Srinagar, India will reduce the number of her troops in Kashmir and a plebiscite will be held in the State under the supervision of the United Nations. Pakistan never withdrew her forces from Kashmir, rather went on increasing her military power and presence.

Three wars fought with India did not bring Pakistan an inch of Jammu and Kashmir land. She struggled hard to mobilize the support of big powers to her cause but it did not work. Finally, having met with disappointment on all fronts, Pakistan took the dangerous step of bringing terrorism and proxy war to Kashmir. She revived the old trick of whipping up religious sentiments of the people knowing that in the Kashmir Valley there is a majority of the people of Islamic faith.

For the last 30 years, an armed insurgency sponsored by Pakistan has been raging in Kashmir, consuming the lives of innocent people and destroying her economy and developmental programmers. It is the constitutional and moral duty of Indian Union to meet this grave challenge to life and property of the people of J&K and take all measures to ensure that peace is maintained in the entire region of South Asia.

In the long course of 30 years of armed insurgency in Kashmir, some Pakistan-based jihadist organizations, many of which have been designated by the UN and the American State Department, emerged as frontline activists sending in their deadly suicide bombers and terrorists who unleashed terror, mayhem, chaos and disorder in the otherwise peaceful life of the people of Jammu and Kashmir.

This perfidy was conceptualized by Pakistan's late President General Zia-ul-Haq in a blueprint called Operation TOPAC. Pakistani intelligence sleuths made a wide-ranging but in-depth study of the world's most dangerous terrorist movements to apply the standard operative methodology in the case of Kashmir.

Kashmir is a classical example for assessing the impact of a religion-based proxy war in which the masses of people are targeted for brainwashing and made enormously receptive to false and fabricated propaganda. What has been floated in Kashmir is a proxy war fought with sophisticated weapons and remote control plus disinformation campaign with relentless persuasion.

Its impact on the economy, developmental process, education of the youth, opportunities of employment, maintenance of balanced social relations and the dynamics of modern life is of grave intensity. In a democracy, such an abnormal situation puts a tax on the trust people otherwise repose in their elected leaders because these elected representatives have to work under several debilitating constraints.

The democratic dispensation in J&K had come under severe strain. Developmental work came to a standstill and uncertainty and confusion were rampant among various sections of society.

Centre steps in with some far-reaching steps

In the background of this social, economic and political scenario, it became unavoidable for the Union government to step in and take some far-reaching decisions about the State of Jammu and Kashmir. There are certain constitutional obligations which the Union government is expected to fulfil. For example, providing employment and skills to the youth, addressing the deficit in industrial development, redressing the suffering of hundreds of thousands of families forced to migrate under threat to life and the integrity and sovereignty of the State etc.

The Union government brought the Kashmir scenario under close examination. One cannot imagine how much midnight oil had to be burnt to examine a variety of aspects closely connected with the emerging situation in Kashmir. The 30-year-old stalemate had to be brought to an end. All options were brought under discussion. Since the Kashmir issue was bandaged in legal, constitutional and administrative wraps, experts in these fields with sound and dependable knowledge of the Kashmir situation had to be pressed into service.

The J&K Reorganization Act 2019 came into being after protracted debates in both Houses of the Parliament where ultimately the bill was passed with a massive majority vote. The conspicuous part of this exercise is that the opposition used its full power and strategy to marshal arguments against the bill but at the end of the day had to fall in line. That is where the strength of a democratic dispensation lies.

The sum and substance of this great constitutional endeavour are to find a way in which peace and development of J&K will be assured. Conversion of the State into two Union territories is essentially necessitated by security and administrative compulsions. Ladakh is now a Union Territory. It will be reminded that immediately after announcing that Ladakh would now be a Union Territory, a statement came from Beijing expressing concern over this development. Normally, there was no need for China to make any comment knowing that it is the internal matter of India. But its statement defines its intentions. And we can link up the recent attempt of China to destabilize peace in Eastern Ladakh to its hostile border policy with India.

In J&K, we have confirmed reports that Pakistani jihadi organizations are deputing their suicide bombers and terrorists to the training camps close to LoC from where plans are drawn for continued infiltration into Kashmir and unleashing of destructive activities in the valley. Uninterrupted violation of ceasefire of 2003 along the entire LoC by Pakistani troops, firing and shelling all is meant to provide cover to the jihadis infiltrating clandestinely into the Indian side of Kashmir.

Additionally, we find that Pakistan is conducting a massive disinformation campaign globally to mislead and vitiate world opinion against India. While Pakistani emissaries recount fabricated and baseless stories of atrocities on the people of Kashmir valley, they write formal letters of appreciation to the Chinese government for suppressing the Uighur nationalist movement through blatant autocratic means. Pakistan’s religious sentiments are not aroused.

The J&K Reorganization Act 2019 is a remedial new way to restore the state to normalcy. Therefore, under reorganized dispensation the Union government has adopted the two-pronged policy of fighting externally sponsored terrorism and simultaneously accelerating developmental projects in the Union Territory. Today, when the Reorganization Act has been in place for one year, we have noted that there was not a single protest rally anywhere in Kashmir against the new dispensation.

Innumerable schemes and programmes of development and public welfare have been floated and most of the projects almost abandoned by previous governments have been taken up for completion within the time frame. The vision of developmental effort will be gauged from the fact that five new medical colleges, two IITs, dozens of degree colleges and technical institutes have been opened. Panchayat organization considered the backbone of democratic dispensation has been strengthened and empowered far beyond our expectations as they work at the grassroots level and thus are vital to the strength and vitality of democracy.

We are confident that very soon terrorist activities will be put an end to and the misguided youth of Kashmir will be restituted to civil life. A good and prosperous future is in store for the people of the state who have gone through an externally sponsored ordeal during the past three decades.

(The writer is the former Director of the Centre of Central Asian Studies, University of Kashmir) 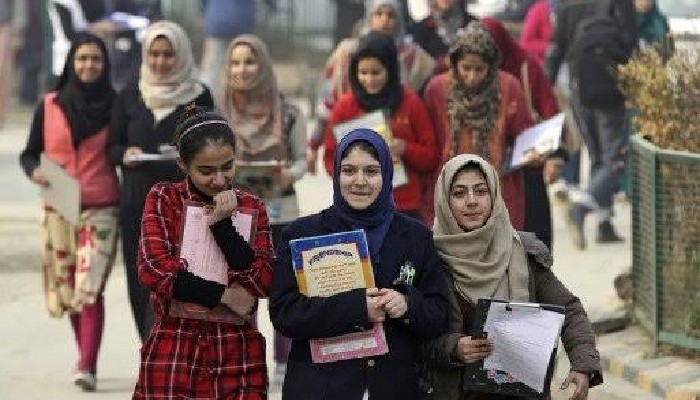 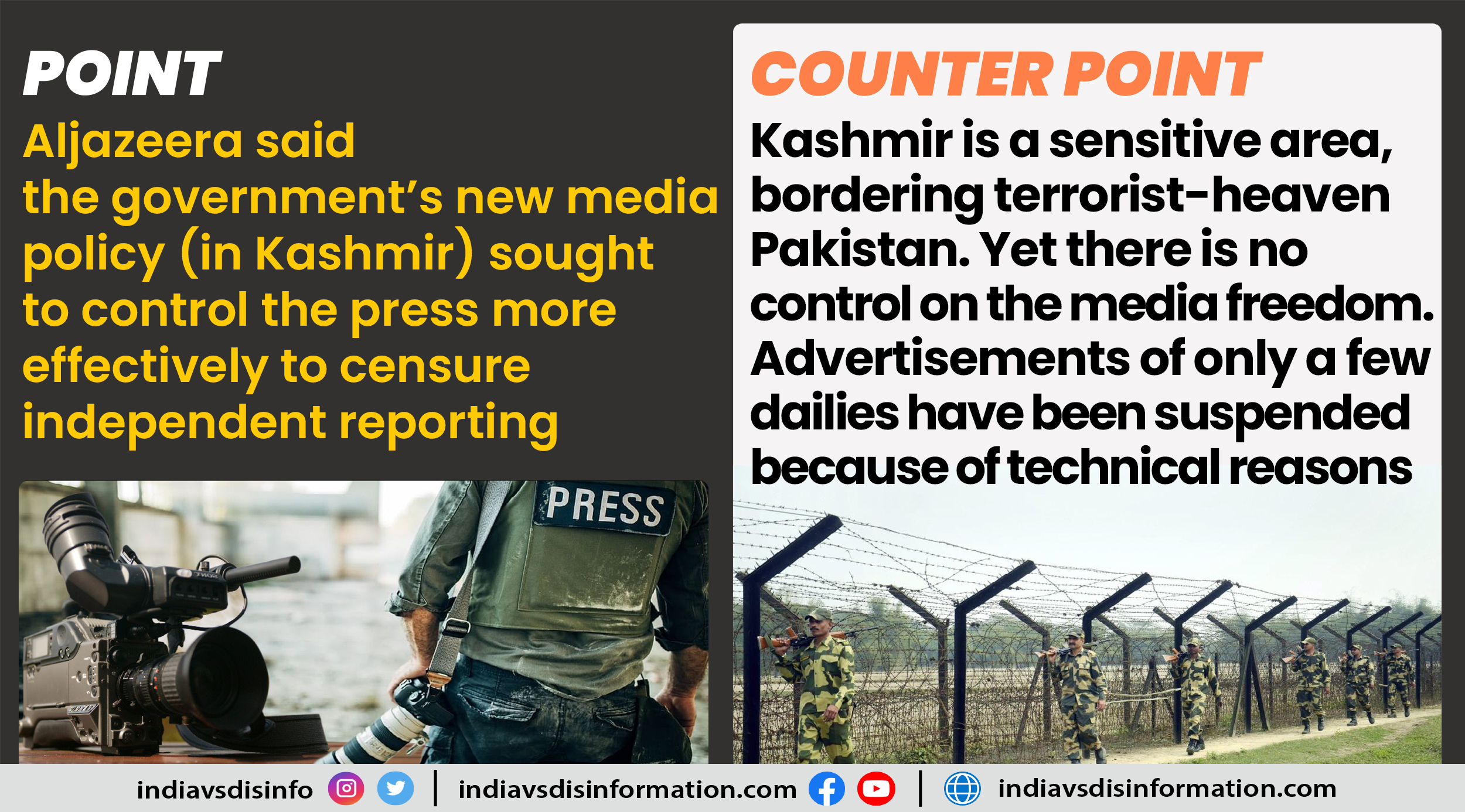