China’s increasing militarisation of Tibet cause for alarm for Asian region: Lobsang Sangay 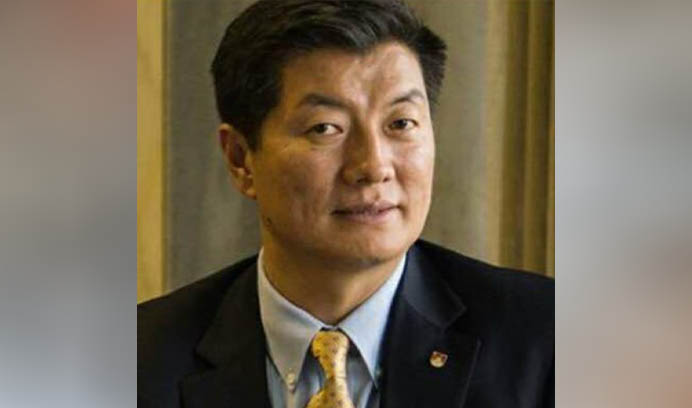 Lobsang Sangay, the Sikyong or the president of the Tibetan government-in-exile. (Source: Twitter @Drlobsangsangay)

Lobsang Sangay, the president of the Tibetan government-in-exile has pointed out China’s increasing aggression in Tibet and areas surrounding it and has said that China’s anarchy in Tibet causes an alarm for the rest of the Asian region, Hindustan Times has reported.

Lobsang Sangay said, “increasing militarisation of Tibet is a serious source of concern for the Tibetans as well as India and Asia’s security at large. Restoring the status of Tibet as a zone of peace with its historical demilitarised border with India is the only way of enduring peace in Asia.”

Referring to the clash between Indian and Chinese troops in Galwan Valley on June 15, he said that the military build-up by China puts contentious borders with China in jeopardy.

“For its neighbours, this militarisation of the Tibetan plateau has led to a military build-up on its borders, jeopardising the already contentious border regions as evidenced by the recent Galwan incident,” Sangay said, according to Hindustan Times.

Concerned over Chinese build-up on the Tibetan plateau, he questioned its ‘military expansionism and its intentions on the five fingers and at border regions of Himachal Pradesh and Uttarakhand.

The comments by Sangay, who is based in Dharamshala, Himachal Pradesh, were a response to Chinese President Xi Jinping’s recent speech at a forum on future governance in Tibet in which he has called to promote ‘sinicisation’ of Tibetan Buddhism and to build an “impregnable fortress” to maintain stability in Tibet.

‘Sinicisation’ is a process of influencing non-Chinese communities with Chinese culture.

Sangay termed the ‘sinicisation’ of Tibetan Buddhism as ‘misguided’ and ‘unrealistic.’ “China’s policy of sinicising Tibetan Buddhism is a misguided attempt at controlling the Tibetan people’s religious belief and the reincarnation system. China must draw on its past experiences and allow the Tibetan people to maintain its distinct faith and religious traditions,” he said.

Xi Jinping on August 31 called on his army to solidify border defences and ensure frontier security. He asked them to ensure national security and enduring peace and stability in Tibet as it shares borders with India.

Commenting on the speech, Sangay said, “China has been quietly militarising the Tibetan plateau for over 60 years under the pretext of development and modernisation. For Tibet, this has only led to an influx of soldiers, Han settlers, and weapons.”

He said that the Chinese side should first address grievances of Tibetan people for which it should start diplomatic talks with Tibetan Religious Leader Dalai Lama. On the contrary, China has said that it will reject any successor to Dalai Lama if chosen outside China.