Silent revolution: How PM Modi’s mission to provide tap water to every house is transforming India 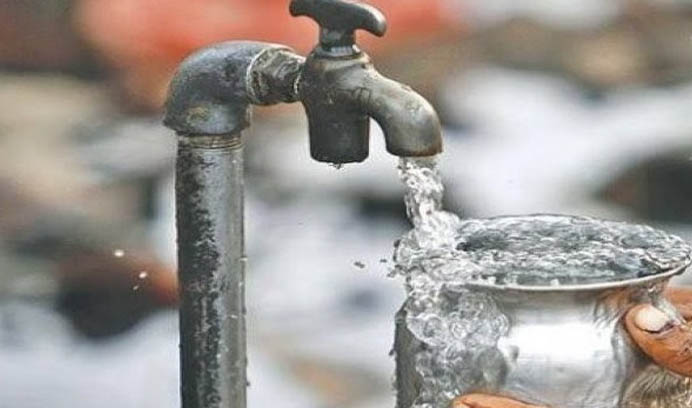 The Jal Jeevan Mission aims to supply tap water to 15.70 crore households which is 83 per cent of the total households in the country

An ambitious project is slowly but steadily transforming lives in India - the Jal Jeevan Mission which aims to supply tap water to 15.70 crore households across the country at a cost of 51 billion dollars.

Despite the restrictions due to Covid-19, the JMM claims to have already spent Rs 1,816; over 54 million households have started getting drinking water, says an article in Gulf News.

According to the article, the Functional Household Tap Connection is among the top priorities of the government and will be on the agenda for the 2024 general elections. It will work in the same manner as the schemes related to Open Defecation Free India did in the 2019 elections.

The article says that the construction of 10 crore toilets has added to the strength of PM Modi’s campaign in 2019 and for 2024, JJM can be the highlight of the campaign.

The OpEd further says that if the Modi administration is able to achieve even 50 per cent of the total, JJM will become the party’s top poll plank in 2024.

The article points out that the mission is in itself one of the ‘savviest’ projects of digital India. The new tap water connections are linked to a user’s Aadhar card. In addition to that, the water supply infrastructure of tanks and pumps has geo-tags and bar-codes which makes it one of the most intelligent projects in India, she writes.

For this, the government has created clusters of 30-40 villages where NGOs and government appointed trainers would provide training to local masons, water pump operators, tanks keeper, engineers to handle water resources and distribution systems. More than 2200 laboratories will help test water qualities at block levels, Bhatt writes in her opinion piece.

To fulfil the project, the government agencies have also collaborated with NGOs and UN agencies. The state governments are also parties in this project.

Talking to the Gulf News, Bharat Lal, JJM director said, “Every State is collaborating in the implementation of JJM. The motto of the mission is ‘building partnerships, working together and changing lives.”

According to him, around 20 million households have got new connections in just the last one year. “What is more, the union minister of drinking water and sanitation is holding regular meetings with the Chief Minister of various states. The progress speaks for itself as more than 20 million households have got new tap water connections in the last one year. JJM will help in faster socioeconomic development. It’s all about improving quality of life and ease of living,” he said.

India has a total of 18.93 crore rural households out of which only 3.23 crore have tap water connections, for the rest, it is a distant dream.