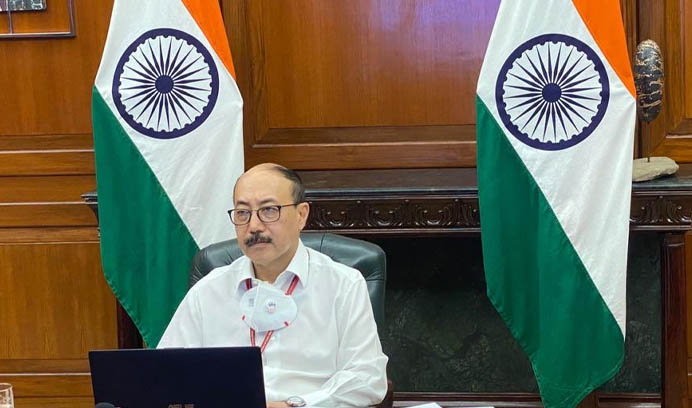 Foreign Secretary Harsh Vardhan Shringla said on Friday that one country has been ‘blocking initiatives’ at the South Asian Association for Regional Cooperation (SAARC), a statement that is seen to be a veiled reference to Pakistan.

“SAARC is a body that functions on consensus but one of our neighbors has been blocking the initiatives. Whenever we try to come up with an initiative, one country blocks it,” he was quoted as saying in The New Indian Express report.

Speaking at a webinar organized by the Indian Council for World Affairs, he said that the politicization of global mechanisms such as the United Nations (UN) and FATF must be avoided referring to Pakistan’s failed attempts to list Hindu terrorists in the UNSC 1267 sanction list; the report quoted.

He further said that New Delhi did not become a part of the Regional Economic Comprehensive Partnership (RCEP) as its “national interests were not served,” while reexamining the decision remains in the hands of the government; the report quoted Singhla as saying.

The Foreign Secretary said that neighboring countries are cardinal for India.

“The term ‘Neighbourhood First’ was not coined lightly. This was evident as leaders of SAARC and BIMSTEC were invited for Prime Minister Narendra Modi’s two swearing-ins,” he added.