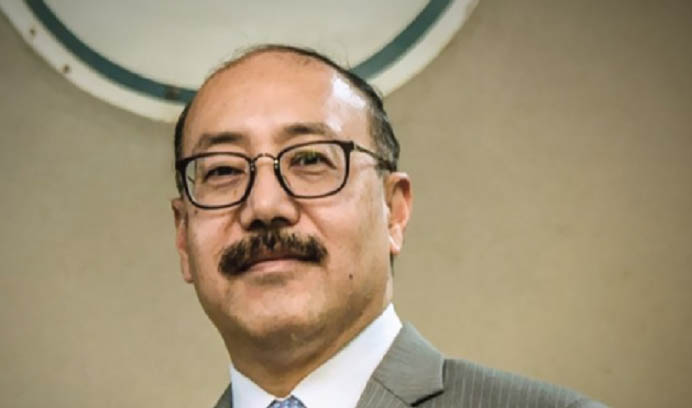 India would like to be in a position to benefit from the Covid-19 crisis as it will generate new opportunities in the country, Foreign Secretary Harsh Vardhan Shringla said while addressing the CII’s annual conference in the United Kingdom in the virtual format on Tuesday.

He said one of top priorities before the government is to transform India. “From being just a passive market to an active manufacturing hub at the heart of global value chains,” the Foreign Secretary quoted Prime Minister Narendra Modi saying in terms of the government’s attempt to transform India. He also clarified that “Aatmanirbharta or self-reliance is not about seeking self-centered arrangements or economic isolationism. “It aims to ensure India’s position as a key participant in global supply chains,” the Foreign Secretary said.

He emphasized that the issue of secure and reliable supply chains has also gained increased salience in the current global context. It is important to design supply chains which have greater resilience to major disruptions like the current pandemic.

By increasing domestic capacities India can contribute better to making global supply chains more resilient by mitigating any disruptions. “For instance, our strength in the pharmaceutical sector allowed us to ensure uninterrupted supplies of essential medicines during the pandemic, while also meeting our own domestic requirement,” the Foreign Secretary maintained.

He said India has emerged as one of the top destinations for the foreign direct investment (FDI) and for this cited several reforms brought upon by the government to improve the ease of doing business in India in the last six years. “Today, India is one of the most open economies in the world. We have put in place a transparent and predictable tax regime. We have implemented the Goods and Services Tax – our biggest tax reform since independence. We are rapidly improving and creating infrastructure for railways, roads, ports and airports. We have created a National Infrastructure Pipeline to provide world-class infrastructure,” the Foreign Secretary said.

He added, “The JAM trinity – Jan Dhan – the world’s biggest financial inclusion initiative; Adhaar – again world’s biggest biometric project; and Mobile connectivity – pioneered by this government – has set the stage for a fintech revolution in India.”

Talking about liberalization of the FDI regime, he said, India has “opened up previously restricted sectors such as space, defense and atomic energy to greater private participation. We have implemented groundbreaking reforms in the agriculture sector. The government has also recently launched Production Linked Incentive schemes for several sectors including mobile & electronics, medical devices and pharma. More such schemes in other sectors will follow in the coming days. This presents several investment opportunities for British companies.”

He said, “Even during the pandemic, we have received over USD 20 billion of FDI this year. While the global FDI declined by one per cent in 2019, FDI into India rose by 20% in the same period. Several global technology majors have announced major investments in India. Google is investing USD 10 billion, Facebook USD 5 billion and Mubadala – the UAE Sovereign Wealth Fund – USD 1.2 billion.