Pakistan steps up ceasefire violations along the Line of Control 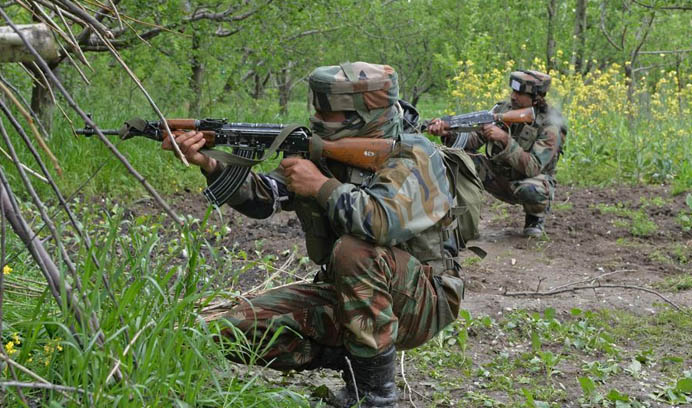 Pakistan has escalated its cross-border artillery and mortar barrages in Jammu and Kashmir amid the India-China confrontation at the Line of Actual Control (LAC) in eastern Ladakh.

According to the latest figures tabled in Parliament on Monday, India recorded 3,186 ceasefire violations (CFVs) along the Line of Control (LoC) from January 1 to September 7, says a report by The Times of India. An additional 242 incidents of cross-border firing took place along the 198-km international border in J&K.

The report states that CFVs, this year, have averaged around 350 to 400 every month, with Pakistan keeping momentum ever since India’s military confrontation with China erupted when the People’s Liberation Army (PLA) soldiers intruded into eastern Ladakh at multiple locations in May.

A senior army officer told Times of India that Pakistan is obviously supporting China. He said it also wants to push as many terrorists and arms as possible into J&K before the mountain passes get blocked with snow. The officer highlighted that Indian troops have effectively responded to each and every CFV by Pakistan with targeted strikes.

Moreover, the Army records shows that the total CFVs along the LoC in 2017 was 971 and 1,629 in 2018. The report says that the figure jumped to 3,168 in 2019, with major spikes being registered just after the Balakot air strikes and then the nullification of Article 370 and bifurcation of J&K.

According to the report, though the Army’s attention is currently focused on the military confrontation with China, with as many as 50,000 soldiers each as well as tanks, howitzers and other weapon systems amassed along the LAC in eastern Ladakh, it has not diluted its operational readiness along the LoC with Pakistan.