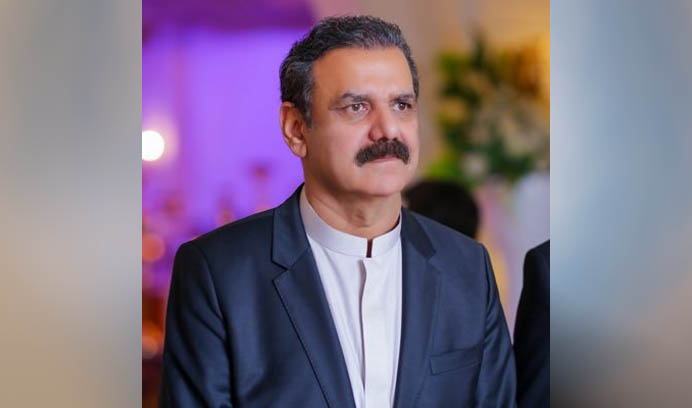 The abuse of power by high ranking officers of the Pakistan Army has once again been brought to the fore, the focus this time being on Lt Gen Asim Saleem Bajwa (retd), who was Prime Minister Imran Khan’s special assistant and is the serving chairman of CPEC projects.

Talking about Bajwa, who is currently special adviser to Prime Minister Imran Khan on Information and Broadcasting and chairman of Beijing funded China-Pakistan Economic Corridor, Devasher maintains that the former Pakistan Army official is today a story of exponential growth in fortune and charm. And all this sparkled with the rise in his military career.

Bajwa who once served as the Southern Army Commander of the Pakistan Army and also as the Director General of Inter-Services Public Relations, had never had any major business activity before he joined the staff of Pervez Musharraf.

This is where began the turned around in his family’s fortunes, so much so that five brothers, three sons and his wife were able to build an empire consisting of 99 companies in four countries, 130+ franchises, 15 commercial and residential properties, including two shopping centres and two houses in the US. Besides, his ever expanding business empire included pizza franchise, human resources, telecom, mining, construction, real estate, and even a public opinion and research company.

As per the expose, Bajwa family owned companies spent $52.2 million to develop their business and $14.5 million to purchase properties in the US. The businesses of the Bajwa family, through various companies, were named as Bajco Group. Bajwa’s younger brothers opened their first Papa John’s pizza restaurant in 2002, the year which the retired general engaged with General Prevez Musharraf as a lieutenant colonel.

Nadeem Bajwa, 53, who started as a delivery driver for the pizza restaurant franchise; his brothers and Asim Bajwa’s wife and sons own a business empire which set up 99 companies in four countries, including a pizza franchise with 133 restaurants worth $39.9 million. Of the 99 companies, 66 are main companies while 33 companies are branch companies of some of the main companies, and five are no longer operational.

But then things started complicating for him when discrepancy was detected between his declaration of assets where he stated that his wife didn’t own any business or properties outside Pakistan. In fact, expose carried out by journalist Ahmed Noorani showed that she was an equal partner with Bajwa’s brothers in 85 companies, including 82 foreign ones. These revelations raised questions about a housewife building a business empire outside Pakistan and one brother, a pizza-delivery man, buying scores of pizza franchises in the US as soon as the other brother started rising to military prominence.

In his defence, Bajwa initially came out with a one-line tweet to debunk the expose without any evidence. Then he left it to former army officers and friendly media outlets to discredit journalist Noorani’s expose, calling him an Indian agent and an enemy of CPEC. Yet, he didn’t stop it from turning it into a storm. He issued a rebuttal and offered to resign from the cabinet post but held on to the CPEC one.

This was odd because resigning from one and not the other weakened his case. If, as he claimed, the allegations were rubbish, why resign as SAPM? In the event, Imran Khan refused to accept Bajwa’s resignation, saying he was satisfied with his explanation about the family’s business.

Tilak Devasher writes that treatment of Bajwa contrasts with the disqualification and even imprisonment of top politicians like Nawaz Sharif for much less. This underlines, once again, that the army is immune from any accountability. The episode also raises questions about Pakistan’s accountability laws that exclude the military on the specious grounds of having internal mechanisms.

Not only that, the Bajwa saga reinforces that the Pakistan Army has total impunity to loot the country’s resources, abusing its exalted position that the people of Pakistan have bestowed on it.

Neither the political class nor civil society can claw back the army’s privileged and powerful position. Pakistan would thus continue to suffer the predatory attacks of unscrupulous army officers who would continue to get away scot-free. But in the process, they are chipping away at the army’s charisma, at it being ‘a mythical entity, a magical force’ to its long-term detriment.

Read the full report in The Tribune: