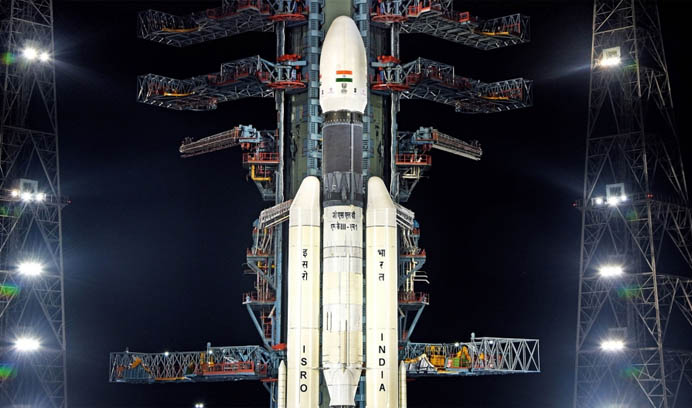 Considered as another milestone in India-Japan bilateral relationship, joint mission Lunar Polar Exploration (LPE) will be launched after the year 2023

The India-Japan Moon Mission, a joint initiative between the Indian Space Research Organization (ISRO) and Japan Aerospace Exploration Agency (JAXA), has gathered pace with ISRO forming a study group for the mission.

The joint mission Lunar Polar Exploration (LPE) will be launched after 2023 on JAXA’s H3 rocket, manufactured by Mitsubishi Heavy Industries. The H3 rocket, which was scheduled to be tested this year, will now be flight tested in 2021, according to a recent announcement by JAXA.

As per details, JAXA would be building the overall landing module and the rover, while ISRO would develop the lander system.

The idea of the united lunar mission between India and Japan was pitched during the multi-space agencies meeting at Bengaluru in 2017. After Prime Minister Narendra Modi visited Japan in 2018, the idea was discussed internally between the governments of the countries.

The collaborative mission aims at obtaining the actual data related to the quantity and forms of water present on the surface of the Moon to determine the feasibility of utilizing such resources for sustainable space exploration activities in the future.

This is not the first time both sides have collaborated for a mission. The friendship between India and Japan has a long history rooted in strong cultural and civilizational ties. The bilateral ties have always been free from any cultural or territorial dispute.

According to the recent announcement made by Union Civil Aviation Minister Hardeep Singh Puri, Japan has become the latest country to make it to the list of India’s travel air bubble agreement. India and Japan will now be allowed to operate flights between the countries.

Further, earlier this month, New Delhi and Tokyo held an annual summit over the telephone and concluded the much anticipated Mutual Logistic Pact for their navies to ensure a free and open Indo-Pacific region amid China’s aggressive policies.

Japanese Prime Minister Shinzo Abe had tweeted, “Japan has signed an acquisition and cross-servicing agreement (ACSA) with India. The Agreement will promote closer cooperation between our Self-Defense Forces and the Indian Armed Forces and serve as a major cornerstone for Japan and India to actively contribute to international peace and security.”

PM Abe: Japan has signed an acquisition and cross-servicing agreement (ACSA) with India. The Agreement will promote closer cooperation between our Self-Defense Forces and the Indian Armed Forces and serve as a major cornerstone for Japan and India (1/4) pic.twitter.com/HWojnnnytr

Furthermore, in a recent report prepared by the Federation of Indian Chambers of Commerce and Industry (FICCI), it was noted that the Covid-19 pandemic has provided opportunities to India and Japan to further strengthen the economic ties.

“COVID- 19 pandemic has provided great opportunities for the two nations and its businesses to join hands and forge a new alliance in terms of harvesting the fruits of the demographic dividend that India provides, and push India towards becoming a major global manufacturing hub amidst the changing economic atmosphere," it said.