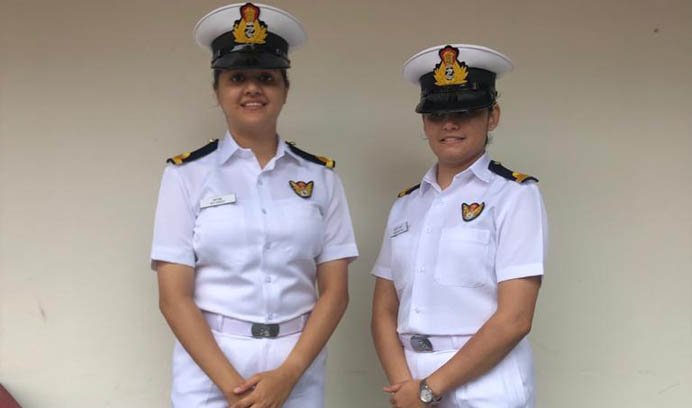 Two Sub-Lieutenants have been selected for operating as “Observers”, or Tactical Officers in the helicopter stream

The Indian Air Force (IAF) has selected one of its 10 women fighters to fly the newly inducted Rafale combat jets at the Ambala air base. It has also decided to deploy women aviators as crew on a frontline warship, as per the article published by the Times Of India.

The twin endeavours indicate a new phase in the long-standing struggle to ensure the requisite gender equality in the 15-lakh robust armed forces.

The move comes at a time when the army is organising a special board this month to hand over permanent commission to women officers. However, it has no proposal on permitting them in the major fighting arms of infantry, mechanised forces and artillery, the publication reports.

It adds that since 2016, IAF has admitted 10 women as fighter pilots, including flight lieutenant Avani Chaturvedi making a historic record by becoming the first to fly a solo sortie in a MiG-21 'Bison' in February, 2018. The air force does not wish to name that woman officer, but she is all set to have "conversion training" to fly the spanking Rafales jets with the 17 'Golden Arrows' squadron in Ambala after becoming functional on MiG-21s.

Breaking the glass ceiling, Sub-lieutenant Kumudini Tyagi and Sub-lieutenant Riti Singh became the first-ever women "airborne combatants" of the Indian Navy to operate from warships. On Monday, They got their "wings" as "observers" at naval air station INS Garuda in Kochi

to manage the myriad sensors and other activities on board multi-task helicopters, which are fitted with weapons to battle against enemy submarines.

"We can’t wait to be on board warships. This is the ultimate opportunity to finally move into the front-line role of naval operations," the PTI published by the Times Of India quoted Sub-Lt Singh saying.

Read the complete report in The Times Of India