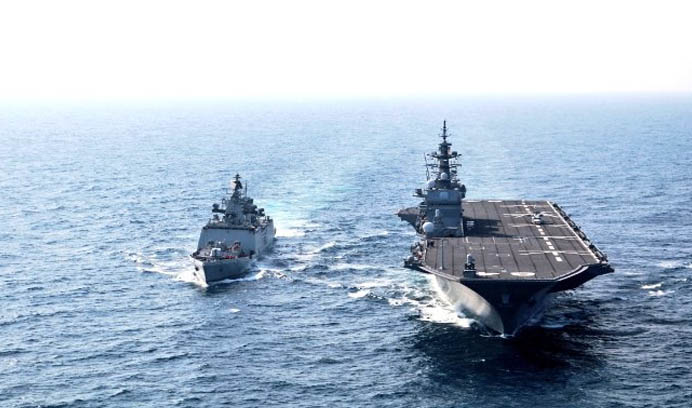 Indian and Japanese navies have begun the fourth edition of Japan-India Maritime Exercise (JIMEX) from today. The naval exercise, continuing till September 28, will take place in the North Arabian Sea.

“Bilateral Maritime Exercise Between Japan & India (#JIMEX 20) off the West Coast of India from 26 - 28 Sep 20,” the official handle of the Spokesperson of Indian Navy tweeted.

JIMEX 20 is being conducted in a non-contact at-sea-only format, given COVID-19 restrictions.

The maritime exercise is being conducted in the backdrop of growing concerns over China's military activity in the Indian Ocean Region as well as in the Indo-Pacific.

JIMEX 20 will showcase a high degree of interoperability and joint operational skills through the conduct of a multitude of advanced exercises, across the spectrum of maritime operations, said the Ministry of Defense in a statement.

The advanced level of operations and exercises planned during JIMEX-20 are indicative of the continued upswing in Indo-Japanese defense relations and continued efforts by both governments to work closely for a more secure, open, and inclusive global commons, following international regulations.

Starting in 2012, JIMEX indicates the growing friendship between India and Japan.