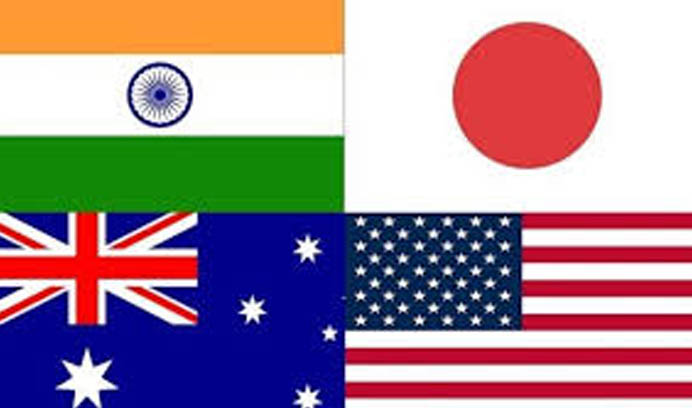 As an informal group of four countries, Quad has championed the cause of free, open and inclusive Indo-Pacific

Post Covid-19 international order will be the focus of the second Quad ministerial-level meeting scheduled to take place in Tokyo on October 6.

According to Ministry of External Affairs’ spokesperson Anurag Srivastava, foreign ministers of India, Japan, Australia and Japan during their meeting will also discuss regional issues and “collectively reaffirm importance of free, open and inclusive Indo-Pacific.”

This ministerial meet is taking place close on the heels of Quad’s senior officials’ virtual meeting on September 25.

At the meet, the officials of India, Japan, Australia and the US had reiterated their firm support for ASEAN-centrality and ASEAN-led mechanisms particularly the leaders-led East Asia Summit, in the regional architecture for the Indo-Pacific.

They had also expressed their readiness to work with ASEAN and all other countries towards realizing a common and promising vision for the Indo-Pacific.

They had appreciated the Vietnamese chairmanship of the ASEAN and looked forward to the 15th East Asia Summit in November this year.

However, China looks at Quad with suspicion and has labelled the grouping of India, Japan, Australia and the US as an ‘exclusive clique’ whose objective is to target a third country.

China’s Foreign Ministry spokesperson Wang Wenbin at a regular press briefing on September 29 said, “We believe the world's overriding trend is peace, development and win-win cooperation. Instead of forming exclusive cliques, multilateral and plurilateral cooperation should be open, inclusive and transparent. Instead of targeting third parties or undermining third parties' interests, cooperation should be conducive to mutual understanding and trust between regional countries.”

He also said, “We hope the relevant countries can think more of the regional countries' common interests and contribute to regional peace, stability and development rather than doing the opposite.

The idea of the Quad was championed by former Japanese Prime Minister Shinzo Abe, and now his successor Prime Minister Yoshihide Suga has shown keenness to go ahead with the grouping.

Japanese Foreign Minister Motegi has described the upcoming meeting as timely as foreign ministers of the four nations who share the same opinion on regional issues, will thoroughly discuss the way forward to post Covid-19 situation in the world.