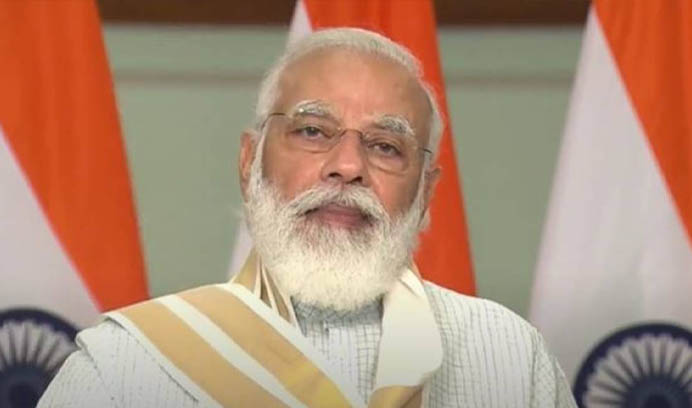 More than 3,000 overseas Indian origin academicians and scientists from 55 countries and about 10,000 from India are taking part

“The need of the hour is to ensure more youngsters develop interest in science. For that we must get well-versed with science of history and history of science”, Prime Minister Narendra Modi on Friday said while inaugurating the Vaishvik Bhartiya Vaigyanik (VAIBHAV) summit, a global virtual summit of overseas and resident Indian researchers and academicians.

“VAIBHAV Summit 2020 celebrates science and innovation from India and the world. I would call it a true sangam or confluence of great minds, through this gathering we sit to form our long lasting association for empowering India and our planet”, the Prime Minister said.

Prime Minister Modi maintained that the Indian government has taken numerous measures to boost scientific research and innovation as science is at the core of its efforts towards socio-economic change.

The Prime Minister referred to India’s immense efforts towards development of vaccines and executing the vaccination programme.

He said the long break in vaccine production has been broken as four new vaccines were introduced into our immunization programme in 2014 and this includes indigenously developed rota vaccine.

He talked about an ambitious mission to eliminate tuberculosis in India by 2025, which is five years before the global target.

Narendra Modi referred to the National Education Policy 2020 which was brought in after three decades and after nation-wide detailed consultations and deliberations.

The policy aims to boost curiosity towards science and gives much needed boost to Scientific Research. It provides an open and broad based environment to nurture young talent.

The Prime Minister mentioned about the pioneering space reforms of India which will create opportunities for industry and academia.

He also referred to India’s major missions on supercomputing and cyber physical systems. Talking about fundamental research and applications in areas of artificial intelligence, robotics, sensors, and big data analysis, he said that this will boost the startup sectors and manufacturing in India.

He mentioned about the 25 innovation technological hubs already launched in India and how it would further boost the startup ecosystem.

He said India wants top quality research to help its farmers. He praised Indian scientists for increasing the production of pulses and food grains.

The Prime Minister said when India progresses the world progresses.

Calling VAIBHAV as a confluence of great minds, he said that these efforts will help create an ideal research ecosystem, merging tradition with modernity to create prosperity.

These exchanges will certainly be useful and will also lead to useful collaborations in teaching and research. These efforts of the scientists and researchers will help create an ideal research ecosystem.

The Prime Minister mentioned that Indian diaspora are the excellent ambassadors of India at the world stage. The summit should look forward to realising the dream of building a secure and prosperous future for the coming generations.

India wants top-class scientific research to help our farmers. This summit will lead to useful collaborations in teaching and research. The efforts of the Indian diaspora will help create an ideal research ecosystem.

At the VAIBHAV summit, more than 3000 overseas Indian origin academicians and scientists from 55 countries and about 10,000 from India are taking part and it is being organized by 200 Indian academic institutes and S&T departments, led by Principal Scientific Advisor, the Indian government.

Around 700 overseas panelists from 40 countries and 629 resident panelists from eminent Indian academia and S&T departments will deliberate on 18 different verticals with 80 sub-topics in 213 sessions.

The deliberations will be held from 3rd October to 25th October 2020, with consolidation of outcomes on 28th October.

The summit will conclude on the occasion of Sardar Vallabh Bhai Patel Jayanti on October 31. The initiative involves multiple levels of interactions between overseas experts and their Indian counterparts over a month-long series of webinars and video conferences.

The aim of the summit is to bring out a comprehensive roadmap leveraging the expertise and knowledge of global Indian researchers for addressing emerging challenges for universal development.

The summit will reflect on the collaboration and cooperation instruments with academia and scientists in India and abroad. The goal is to create an ecosystem of knowledge and innovation in the country through global outreach.