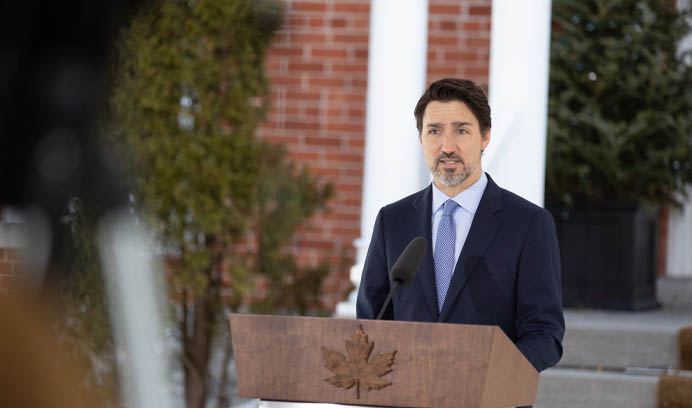 Wary of China following a rift over several issues, Canada is formulating a new Indo-Pacific policy.

Canada’s fresh approach to the Indo-Pacific region seemed to be reflected in its briefing to the media after Prime Minister Justin Trudeau spoke to his newly-appointed Japanese counterpart Suga Yoshihide.

According to a report in Hindustan Times, a readout of the conversation between the two leaders used language similar to that applied by the Quad nations of India, Japan, Australia and the United States. The readout said they wanted the two nations to “promote a free and open Indo-Pacific region,” the report noted.

Canada is expected to put in place a new Indo-Pacific policy in the weeks, something that Global Affairs Canada has been working on since November 2019, said the report quoting the Toronto Star. The Trudeau-led government is also set to launch a new tougher approach to deal with Beijing.

The public mood in Canada, according to the report in Hindustan Times, is largely against China. This is backed by a poll conducted in late June by Angus Reid Institute. It showed that 81 per cent of respondents feel that they should boycott goods made in China, while 91 per cent considered the state of affairs between the two nations serious. More alarmingly, 93 per cent felt that China cannot be trusted to uphold human rights.