Government to decide on right age of marriage for women soon: PM Modi 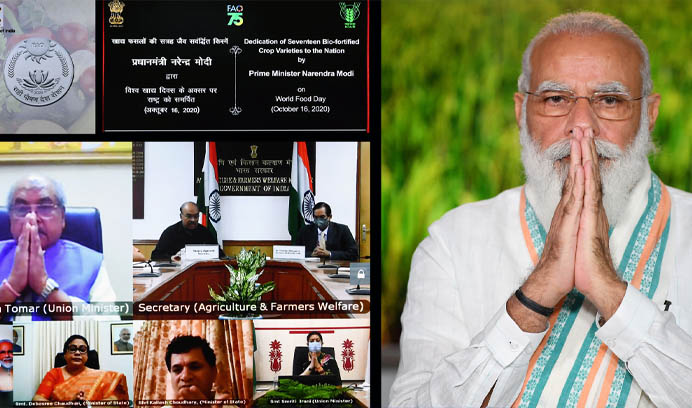 The government was waiting for the report of a committee looking into matter, Prime Minister Narendra Modi said

The government will decide on the right age of marriage for women in the country as soon as a committee set up to look into the matter submits its report, Prime Minister Narendra Modi said on Friday.

Pointing out that discussions were on in this regard, PM Modi said a lot of women had written letters requesting for an early decision. "I assure all of them that the government will act as soon as the committee submits its report," he said.

The Prime Minister was speaking during an event to release a commemorative coin of ₹ 75 denomination to mark the 75th Anniversary of India's long-standing relation with the Food and Agriculture Organisation (FAO).

The legal marriage age for women in the country currently stands at 18 years while for men, it is 21 years.

In a written reply to a question in the Rajya Sabha on September 22, Union Minister of Women and Child Development Smriti Z Irani had said that a Task Force had been constituted to examine the correlation of age of marriage and motherhood with health, medical well-being and nutritional status of mother and neonate/infant/child, during pregnancy, birth and thereafter.

During his address, the Prime Minister also outlined a series of initiatives by the government for the welfare of women. A massive campaign had been launched for the nutrition and care of mothers and new-borns.

He added that more than 11 crore toilets had been constructed under the Swachh Bharat Abhiyan while work was on to supply piped water to all the villages in the country under the Jal Jeevan Mission. Sanitary pads were being provided to poor women for only Rs 1.

The result of all these efforts is that for the first time, the gross enrolment ratio for education is now higher among girls than boys, Prime Minister Modi said.