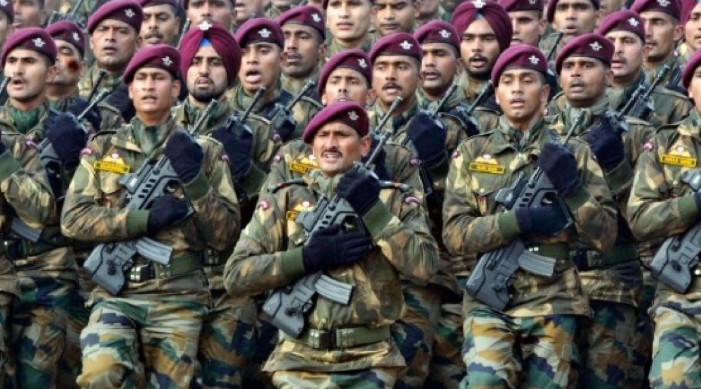 Amid the ongoing India-China border tension, the Indian Army has received the first consignment of extreme cold-weather clothing from the United States for its troops deployed in Ladakh, indicating its preparedness to take on the Chinese on the Line of Actual Control (LAC).

“An initial lot of extreme cold-weather clothing from the American defense forces have been received and are being used by our troops there,” government sources were quoted by a news agency as saying.

According to a Hindustan Times report, the Indian Army maintains a stock of 60,000 of these extreme cold weather clothing sets for troops deployed in Ladakh including both western fronts in Siachen and eastern Ladakh sector.

This year, there was an additional requirement of around 30,000 of these sets as close to 90,000 troops are deployed in the region given the aggression by the People’s Liberation Army (PLA) along the LAC.

The items have been purchased under the Logistics Exchange Memorandum Agreement (LEMOA) between India and the US. The agreement facilitates logistical support, supplies, and services between the armed forces of the two countries. These include clothing, food, lubricants, spare parts, medical services among other essentials.

India and China are at loggerheads at the border since May of this year. There have been seven rounds of military talks at the Corps Commander level to find a solution to the five-month-old standoff; however, the deadlock continues.

The emergency acquisition of the extreme cold weather clothing will help the Indian Army troops to get through the harsh winters in the Ladakh sector.

The Indian Army is prepared well for the challenging winters. Truckloads of material have been sent to forward areas in huge military convoys almost every day to ensure the food and other essentials are well stocked.