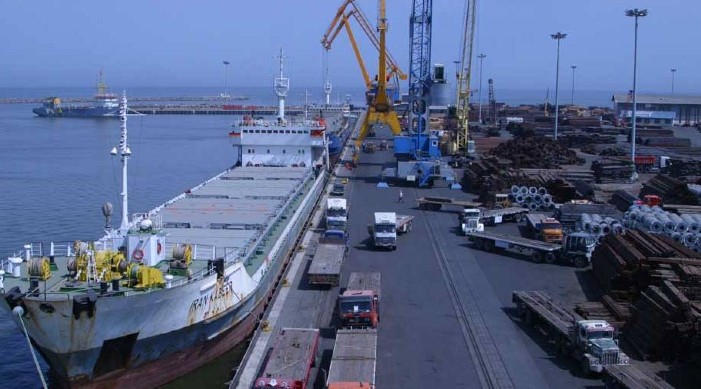 File photo of the Chabahar Port in Iran

With an aim to assist Afghanistan in augmenting food security amid Covid-19, India has completed the delivery of 75,000 MT of wheat to the country. The shipment was sent via the strategically important Chabahar port in Iran, demonstrating the economic viability of the port for bilateral trade.

Afghan Charge d'Affaires Tahir Quadiry expressed his gratitude towards India for completing the donation of 75,000 metric tonnes of wheat amid the COVID-19 pandemic. He said that the testing times have proved that India is a ‘friend indeed.’

On Wednesday, the Indian Embassy in Afghanistan issued an official press release with regards to the completion of the donation of 75,000 MT of wheat supplied in 10 installments from April 2020 to September 2020 to Afghanistan. This shipment sent via the Chabahar port was a part of India's 'humanitarian and economic assistance' initiative, it said.


Press Release on the completion of India's donation of 75,000 MT of Wheat to Afghanistan in 2020. @MEAIndia @IndianDiplomacy pic.twitter.com/ove1yZLV9T


“The large scale deliveries from India to Afghanistan via Chabahar port also demonstrate the salience and economic viability of the Chabahar Port for Afghanistan’s trade and commerce,” the statement added.

The Chabahar port is vital for India’s bilateral trade with landlocked Afghanistan. India, Afghanistan, and Iran had signed a pact in 2018 allowing Afghanistan to use the Port to ship its goods to markets like India, thereby reducing its dependence on Pakistan and its Karachi port.

Taking to Twitter, Quadiry said, “Would like to express immense gratitude to India on completing the donation of 75,000 MT of wheat in 10 installments during April-Sept to beef up food security, especially during the #COVID__19 testing times. A friend in need is a friend indeed! Folded hands @IndianEmbKabu @MEAIndia.”


Would like to express immense gratitude to India on completing the donation of 75,000 MT of wheat in 10 installments during April-Sept to beef up food security, especially during the #COVID__19 testing times. A friend in need is a friend indeed! ???? @IndianEmbKabul @MEAIndia


In order to provide Covid-19 assistance, India has also provided Afghanistan with 5,00,000 tablets of HydroxyChloroquine for health professionals and COVID-19 positive cases.

India is one of the largest development partners of Afghanistan with a commitment of more than US $ 3 billion. It has time and again reiterated the importance of an inclusive, Afghan-led, Afghan-owned, Afghan-controlled peace, and reconciliation process.