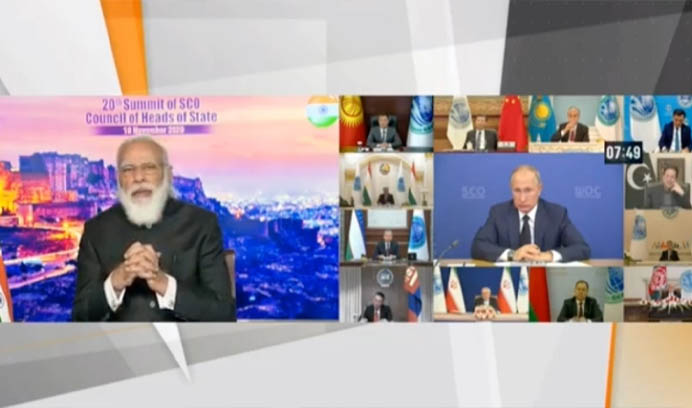 In a major blow to Pakistan’s motives to embarrass India in front of the international community, Russia supported India saying that bilateral matters should not be discussed at the Shanghai Cooperation Organisation (SCO), a report published in Zee News has said.

According to the report, Russia failed Pakistan’s efforts to raise the Indo-Pak matters at the virtual meet.

The Russian Deputy Ambassador to India Roman N Babushkin, answering a question by WION said, “This is a part of SCO charter and SCO basic documents not to bring the bilateral issue into the agenda. It has been made clear to all member states that it should be avoided...for the sake of the progress of multilateral cooperation.”

He underlined the importance of the SCO meet saying that it is meant to deal with the regional issues and challenges including promotion of economic, financial and humanitarian partnerships among countries to keep the momentum.

“We will not interfere in bilateral issues of India and Pakistan. Our position remains consistent and unchanged. We hope such kind of instances will not appear,” he added, according to the report.

At the SCO heads of states meet on Tuesday, Prime Minister Narendra Modi had raised the issue about some nations using platforms to raise bilateral issues. He said, “It is unfortunate that many attempts are being made to unnecessarily bring bilateral issues into the SCO agenda. This is a violation of SCO charter and Shanghai spirit.”

Pakistan has always tried to raise the bilateral issues between the nations at international forums. In fact, during the SCO-NSA meet, Pakistan put out a map of Pakistan which challenged the integrity of India. The Pakistani NSA invited a strong response to the nation, the report said.

India will be hosting SCO heads of government in a virtual meet on November 30. The meeting will focus on economic cooperation among the nations. The SCO includes eight countries of India, Pakistan, Russia, China, Kazakhstan, Kyrgyzstan, Tajikistan, and Uzbekistan.