Why India decided to opt out of RCEP 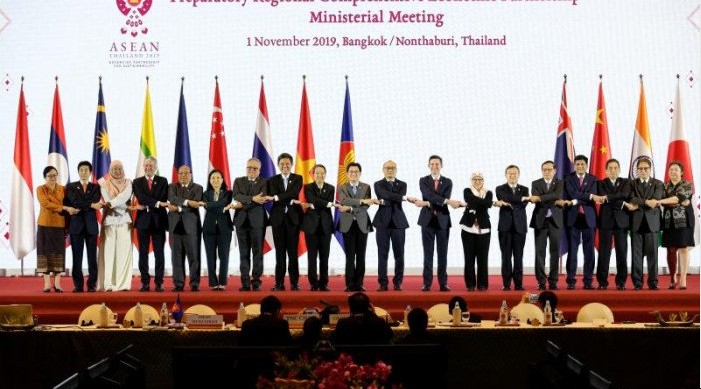 With China as a major economy in RCEP, cheap imports may come into India if it removes duties on goods

Fifteen Asia-Pacific countries signed the world’s biggest trade deal at the 37th Association of Southeast Asian Nations (ASEAN) summit on November 15 while India decided to opt-out of the deal citing everything that can go wrong with India signing the deal.

A day after the RCEP was signed by 15 countries, External Affairs Minister S Jaishankar said on Monday that the impact of past pacts has been de-industrialization and the consequences of future ones would lock India into “global commitments” — many of them not to India’s advantage. The EAM said at the Deccan Dialogue — an event organized by MEA and Indian School of Business, Hyderabad.

The Regional Comprehensive Economic Partnership (RCEP) is essentially a China-led initiative for a regional trading bloc that will comprise one-third of the world’s population and 29 percent of the world’s GDP.

The purpose of this trading partnership is to give preferential treatment for trade between the member countries either through lower tariffs, preferential market access, customs union, or free trade in specific sectors.

India time and again raised concerns before signing the deal. however, the country says that its concerns weren’t adequately addressed. India has been raising the issue of market access along with a protected list of goods and services to shield the domestic economy.

With China as a major economy in RCEP, cheap imports may come into India if it removes duties on goods since India has a sizable trade deficit with China. According to the industry experts, signing the deal would result in excessive imports from China and other RCEP countries as well.

Notably, India’s past experience of opening up 74 percent of Indian market to ASEAN while richer countries like Indonesia opening only 50 percent of their economy to India also makes it skeptical about such pacts.

In an oblique reference to China, Jaishankar also said that those who argue “stressing openness and efficiency” do not present the full picture and that this was “equally a world of non-tariff barriers of subsidies and state capitalism”

“In the name of openness, we have allowed subsidized products and unfair production advantages from abroad to prevail. And all the while, this was justified by the mantra of an open and globalized economy… The choice was to double down on an approach whose damaging consequences were already apparent or to have the courage to think through the problem for ourselves. We chose the latter,” Jaishankar said.

Besides, opting out of RCEP is a golden opportunity for India to strengthen its domestic industries and move closer to adopting its new rulebook of Atmanirbhar Bharat. Sectors like dairy, agriculture, steel, copper, aluminum, paper, machine tools, and others had cited concerns that cheap foreign goods will dampen its business.

According to several reports, India has the potential to double its manufacturing capabilities in the upcoming years. Adding to that, the government’s measures to boost manufacturing have also proved beneficial. Keeping out of the RCEP deal, India would benefit even more in this regard.

Speaking at the event, Jaishankar said the outlook of Atmanirbhar Bharat is “crucial”. “This approach, instead of allowing others to decide our future prospects, is a case for building strong national capabilities and deep strengths. It is far from turning our back on the world; in fact, it is to enter the global arena with cards to play, not just to provide a market for others,” he said.