PM Modi speaks to US President-elect Biden, congratulates him on his victory 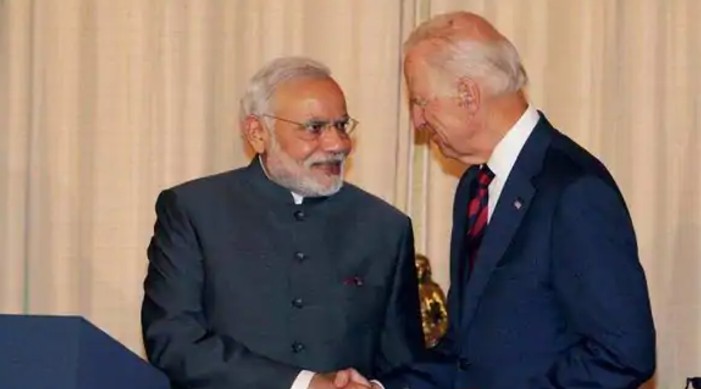 Prime Minister Narendra Modi on Tuesday congratulated US President-elect Joseph R. Biden on his win, describing it as a testament to the strength and resilience of democratic traditions in the United States.

During his telephonic conversation with the US President-elect, Prime Minister Modi also extended his heartiest congratulations and best wishes to Vice President-elect Senator Kamala Harris.

During their conversation, the two leaders agreed to work closely to further advance the India-U.S. Comprehensive Global Strategic Partnership, built on shared values and common interests.

The leaders also discussed their priorities, including containing the Covid-19 pandemic, promoting access to affordable vaccines, tackling climate change, and cooperation in the Indo-Pacific Region.

As per the Ministry of External Affairs, in the course of conversation, the Prime Minister warmly recalled his earlier interactions with. Joseph R. Biden, including during his official visits to the US in 2014 and in 2016. Joseph R. Biden had chaired the Joint Session of the U.S. Congress that was addressed by the Prime Minister during his 2016 visit.