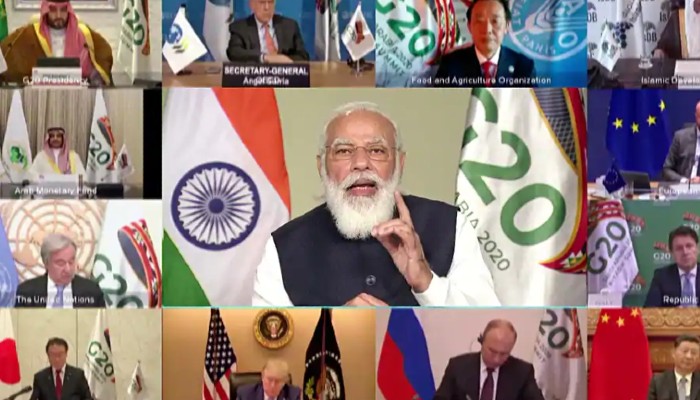 Earlier, it was decided that India would be hosting the summit in 2022

India will host the high-level G-20 summit in 2023, a year later than what was decided earlier said the G20 leaders on Sunday.

“We thank Saudi Arabia for hosting a successful Riyadh Summit and its contribution to the G20 process. We look forward to our next meetings in Italy in 2021, Indonesia in 2022, India in 2023, and Brazil in 2024,” the G20 Riyadh Summit Leaders Declaration said.

Earlier, it was decided that India would be hosting the summit in 2022.

The change in the decision was announced at the 15th G20 leaders’ summit convened by Saudi Arabia.

On India now hosting the summit in 2023, sources quoted by a news agency said, "The order of the rotating presidency is decided among member states on the basis of consultations and mutual convenience."

India looks forward to taking forward the G20 agenda in 2023 after the Italian and Indonesian presidencies.

After the summit, the Ministry of External Affairs said in a statement, “It was decided that the G20 presidency will be held by Indonesia in 2022, India in 2023, and Brazil in 2024.”

The Prime Minister also spoke about the importance of the 2030 Agenda for Sustainable Development Goals aimed at ‘leaving no one behind’. He said that India is following the same principle in the ‘Reform-Perform-Transform’ strategy to move forward and inclusive development efforts that are participative.

Further, he said an Atmanirbhar Bharat will be a "strong pillar of the resilient post-COVID world economy and Global Value Chains".

During his address, he also highlighted India's efforts for "inclusive development, especially women, through a participatory approach".