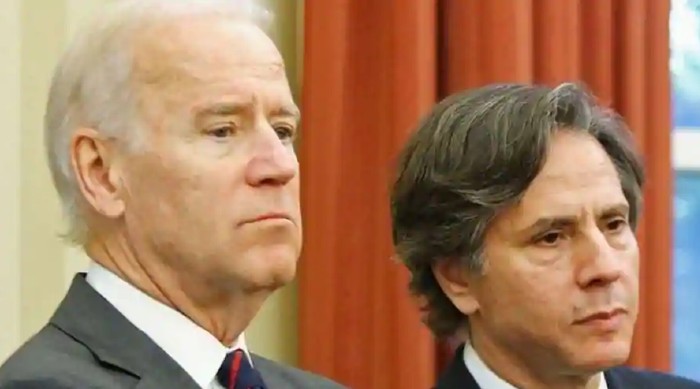 Blinken, 58, has served as the Deputy secretary of state in the second term of the Obama administration and National Security Advisor to Biden when he was the Vice President. He has held senior foreign policy positions in two administrations over three decades.

He has spent a six-year term in the Senate — as one of Biden’s top aides and those years gave Blinken stronger ties to other close Biden advisors who worked in the Senate.

Blinken shares a strong relationship with Europe and had once described Europe as a “vital partner.” He had dismissed the Trump administration’s plans to remove U.S. troops from Germany as “foolish, it’s spiteful, and it’s a strategic loser. It weakens NATO, it helps Vladimir Putin, and it harms Germany, our most important ally in Europe.”

Besides, Blinken’s appointment will be important in terms of the United States’ relationship with India.

During the Biden campaign, Blinken spoke during the virtual celebration of India's Independence Day. "The vice president has long been a champion of stronger ties with India. I saw this firsthand when I started working for him in 2002. Then, of course, the Obama-Biden administration and his years as vice president."

"But if you go back 15 years, Joe Biden had a vision for the future of US-India relations. In 2006, he said, my dream is that in 2020, the two closest nations in the world will be India and the United States," Blinken had said.

On the personal front, Blinken was born to Jewish parents, and his late stepfather, Samuel Pisar, was a Holocaust survivor who wrote a memoir, “Of Blood and Hope,” about how he survived the Nazis, including time at the death camps of Majdanek, Auschwitz, and Dachau.

Government service is in Blinken’s family business. He met his future wife, Evan Ryan, in 1995 when he was working at the White House as a speechwriter on the National Security Council, and she was a scheduler for First Lady Hillary Clinton.

His half-sister, Leah Pisar, also worked at the State Department and as communications director at the National Security Council during the Clinton administration. Blinken’s uncle, meanwhile, served as U.S. ambassador to Belgium, at the same time that Blinken’s father was ambassador to Hungary. And Blinken’s stepfather was an adviser to President John F. Kennedy as well as French presidents.

Interestingly, he likes playing guitar “mostly blues and rock. Not good enough for bluegrass,” as he tweeted in October — and he likes to jam. Further, Blinken also was once a football player.