India to host SCO heads of government meet on November 30 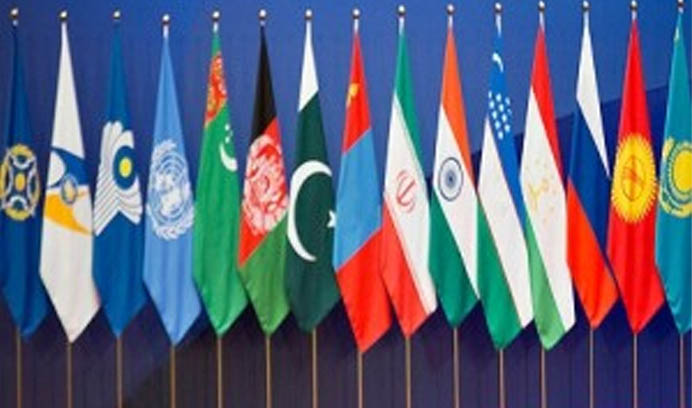 India is committed to widening of its cooperation with SCO by playing a proactive, positive and constructive role in the organization

India will host the 19th summit of SCO Council of Heads of Government on November 30 in a virtual format.

To be chaired by Vice President M Venkaiah Naidu, this will be the first time that a summit-level meeting will be held under India’s leadership since it gained full -membership in 2017.

India considers the Shanghai Cooperation Organization (SCO) as an important regional organisation to promote cooperation in the areas of peace, security, trade, economy and culture- based on universally recognized international norms, good governance, rule of law, openness, transparency and equality.

This year, India and SCO complete 15 years of formal association. India’s engagement with SCO started in 2005 as an Observer State and India became a full member of the SCO at the historic Astana Summit in 2017.

Prime Minister Narendra Modi has attended each of the annual SCO Summits since 2017 and has laid out his vision for engagement with SCO through two acronyms. HEALTH– H for health care cooperation, E for economic cooperation, A for alternative energy, L for literature and culture, T for terrorism free society and H for humanitarian cooperation, and SECURE– S for security of our citizens, E for economic development of all, C for Connecting the region, U for Unite our people, R for Respect for sovereignty and integrity, E for Environment protection.

India has pursued Prime Minister Modi”s vision through various activities and mechanisms of SCO in the past three years of its association with the SCO.

The SCO CHG deals primarily with the trade and economic agenda of the organization and approves its annual budget.

Apart from the other seven SCO Member States (Kazakhstan, China, Kyrgyzstan, Pakistan, Russia, Tajikistan, Uzbekistan), the Heads of the delegation of 4 Observer States of SCO ( Afghanistan, Belarus, Iran and Mongolia) will also participate. Turkmenistan will be invited as a special guest as per past precedent.

The Secretary General of the SCO and the Executive Director of the SCO Regional Anti-terrorist Structure (SCO RATS) have also been invited. The Chairman of SCO Business Council and SCO Interbank Association will also be present at the meet.

This year, the summit will end with the adoption of the Joint Communique under the Chairmanship of India.

Apart from the Joint Communique, there will be other decisions on the approval of the budget of the organization and the Report on the implementation of the SCO Multilateral Trade and Economic Cooperation prepared by the SCO Secretariat.

During the course of our present Chairmanship of the SCO Council of Heads of Government in 2020, India has particularly focused on creating three new pillars of cooperation: Startups and Innovation, Science and Technology and Traditional Medicine and also proposed many other concrete initiatives.

The SCO Startup Forum witnessed participation of 49 speakers, 102 startups and over 2690 people from all the SCO Countries. In the B2B format, FICCI has organized the first SCO Business Conclave with special emphasis on Cooperation in MSMEs through the national chapters of the SCO Business Council

On the cultural- humanitarian side, India has implemented PM Modi’s announcements made at the Bishkek Summit at the SCO Heads of State in 2019.

They include: hosting the first-ever SCO Digital Exhibition on Shared Buddhist Heritage by the National Museum, that will be inaugurated on November 30, and the translation of 10 classics of Indian regional literature into Russian and Chinese languages. India has also proposed to host the SCO Food Festival in 2021 in India.

By hosting the 19thmeeting of the SCO Council of Heads of Government, India hopes to further strengthen greater trade, economic and cultural cooperation within SCO by putting human beings at the center of SCO activities and to foster greater peace and prosperity in the region.