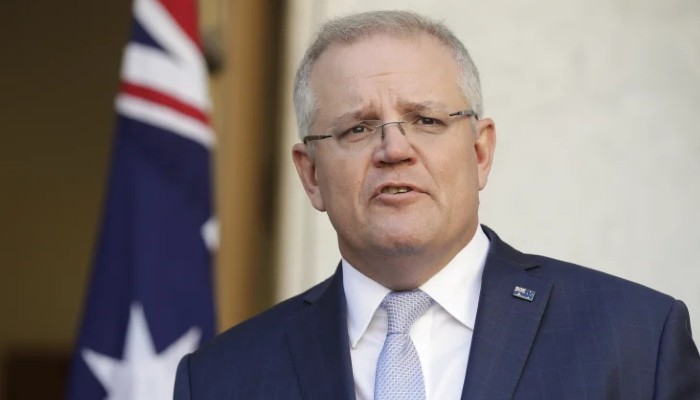 Australia has demanded that China should apologize for posting a fake picture on a government Twitter account that depicted an Australian soldier murdering an Afghan child.

"The Chinese government should be totally ashamed of this post. It diminishes them in the world's eyes," he was quoted as saying in a BBC report.

On Monday, Chinese foreign ministry spokesman Lijian Zhao posted a fabricated image that portrayed an Australian soldier with a knife next to a child. The child is seen holding a lamb.

“Shocked by murder of Afghan civilians & prisoners by Australian soldiers. We strongly condemn such acts, & call for holding them accountable,” Zhao said in a tweet.

Australia and China are going through a wave of deteriorating bilateral relations. The situation became worse this year after Australia led calls for an investigation into the origins of the coronavirus pandemic, and ongoing discussion about Beijing's alleged interference in Australian affairs, the BBC report said.

In recent months, China has imposed a series of economic blows - including trade stoppages and tariffs - on about a dozen Australian imports including wine, barley, and beef. Australia has described China's actions as "economic coercion".

According to the report, Morrison went on to acknowledge that there are "undoubtedly" tensions between the two nations, but said: "This is not how you deal with it."

Further, he warned Beijing that other countries around the world were watching its actions towards Australia.

Read the full report by BBC