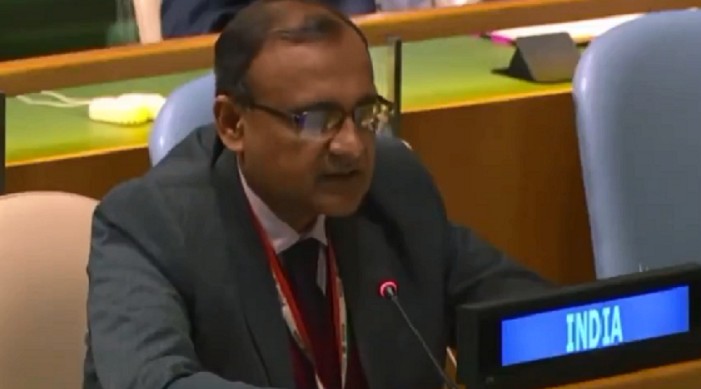 Permanent Representative of India to the UN TS Tirumurti.

India will soon chair three key committees of the United Nations Security Council announced the Permanent Representative of India to the UN TS Tirumurti on Friday.

In a video message, Tirumurti said, “I am happy to announce that India has been asked to chair three important committees of the Security Council, which include the Taliban Sanction Committee, Counter-terrorism committee, and the Libyan sanction committee.”


"The Taliban Sanctions Committee, also called the 1988 Sanctions Committee, has always been a high priority for India. Chairing this Committee at this juncture will help keep the focus on the presence of terrorists and their sponsors, threatening the peace process in Afghanistan," Tirumurti said.

Maintaining that fighting terrorism has been at the forefront for India, the PR of India at the UN said, “India will also chair the Counterterrorism Committee in 2022, which coincides with the 75th Anniversary of India's Independence. The chairing of this Committee has a special resonance for India, which has not only been at the forefront of fighting terrorism, especially cross-border terrorism but has also been one of its biggest victims.”

This Committee was formed in September 2001 soon after the tragic terrorist attack of 9/11 in New York, while India had chaired this Committee in the Security Council in 2011-12.

He further stated that the Libya Sanctions Committee, also called the 1970 Sanctions Committee, is a very important Subsidiary Body of the Council, which implements the sanctions regime, including a two-way arms embargo on Libya, an assets freeze, a travel ban, measures on illicit export of petroleum, etc.

"We will be assuming the Chair of this Committee at a critical juncture when there is an international focus on Libya and on their peace process," he added.

Concluding the video message, Tirumurti thanked the Ambassador and Permanent Representative of Saint Vincent and the Grenadines Rhonda King for steering this process to its logical conclusion.