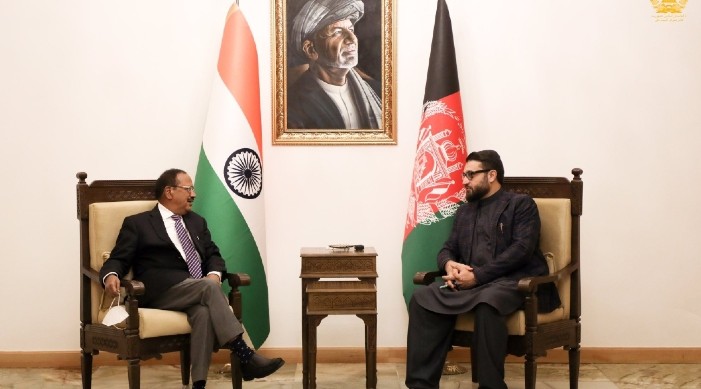 A statement from the Afghan President’s office termed the President hoping that Afghanistan and India in joint efforts with NATO and United States will be able to succeed in the fight against terrorism.

According to the statement, Doval assured that India would continue cooperation with Afghanistan.

Doval’s visit to Afghanistan comes at a time when the peace process in the war-torn country has suffered a setback owing to Taliban’s fresh spate of violence including murders of high-ranking civilians and rights activists and bomb blasts.

India has consistently backed an Afghan-led, Afghan-owned and Afghan-controlled peace process and said that the gains made in the war-torn country in the past two decades must be preserved. New Delhi has also said any solution in Kabul must ensure that Afghan territory is not used for terrorism directed against India.

In October last year, Abdullah Abdullah, the head of the High Council of National Reconciliation, had met with Indian Prime Minister Narendra Modi and discussed the Afghan peace process. The Afghan government in a statement on Abdullah’s meeting had claimed that Prime Minister Modi has ‘assured Abdullah of India’s continued support for the peace process and Afghanistan.’