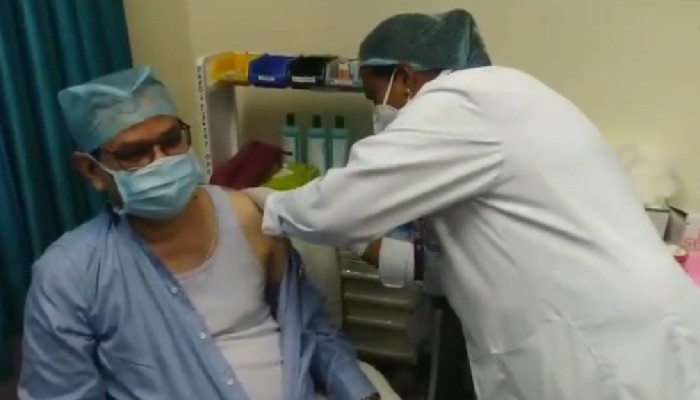 Both vaccines appear to be similar given the experience with initial testing, the former ICMR Director General said

While concerns over the vaccination drive in India are normal and depicts that India is a “knowledgeable” society, both Covaxin and Covishield are safe in the immediate short term, said former Director-General of Indian Council of Medical Research (ICMR) VM Katoch.


India embarked on the world’s largest Covid-19 vaccination drive on January 16, with two vaccines Bharat Biotech’s Covaxin and Serum Institute of India developed Covishield. As the drive began, Covaxin was courted with controversy over its restricted use approval despite the lack of efficacy data, which made people apprehensive of getting vaccinated by it.


“Covaxin is produced from a strain isolated in India by an old known method, whereas Covishield is slightly a newer generation approach. Both are safe in the immediate short term. We don’t know about the long term side effects if any. That will be known as we gather more long term follow up data. There is no reason to worry about it. But we must monitor the progress closely, keep on sharing the information with people on regular basis and take remedial measures if there is any serious problem,” Katoch said during an exclusive interview with India News Network.

“Both vaccines appear to be similar from the experience with initial testing. If more than 16 lakh people have already got the Covid vaccines in India since 16th January, I presume that several lakhs would have gotten Covaxin also. Thus by now, you would have known about undesirable side effects. It appears that there is not much difference in the safety part. To me, at the moment, both are good but they have to be monitored,” he added.

A recent study published in the British Medical Journal Lancet said that Covaxin has shown tolerable safety outcomes and enhanced immune response in the phase one study. The most common adverse event was pain at the injection site, followed by headache, fatigue, and fever, the paper said.

Regarding the side effects, Katoch noted that the impression is that the side effects of these vaccines are very few and easily manageable. “These occur even with known old other vaccines,” he said.

Besides the side effects, people also have doubts as both vaccines are developed within a year’s duration, while normally vaccines take years to get manufactured. On this, Katoch said, “This is the point being debated in the press everywhere. Everyone should be responsible for themselves. If we are asking this question that means we are knowledgeable and health-conscious people. There is a need to spread accurate information about the safety and effectiveness of the vaccines that we are using or are going to use in the future. We need to fight the infodemic spread amid the pandemic. This will make people a part of the decision making.”

Apart from Covid-19, there are new mutants detected including the new UK strain, among others. Asked whether the vaccines will be useful for fighting the new mutants, Katoch said, “So far, according to the molecular biology predictions, it is thought that currently available vaccines will protect against the mutant strains which are already known, for example, the UK Strain or the other known strains because these mutants have changes in the proteins which should not adversely affect the expected efficacy of current vaccines. We should monitor the persons who are vaccinated to know the efficacy of vaccines against prevalent as well as mutant strains. Future studies will provide the answers. Let us be hopeful, watchful, and be prepared.”