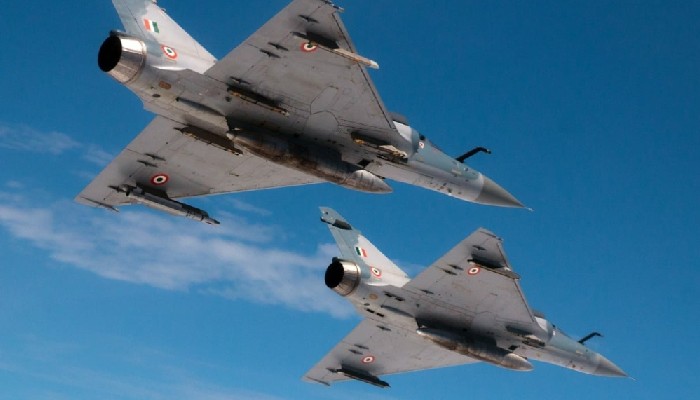 The conclave, to be held in hybrid format at the Yelahanka Air Force Station, will be attended by about 75 countries

The Conclave will be a unique one where Chiefs of Air Staff from various countries would brainstorm and synergize their thoughts on current issues related to aerospace power strategy and technological developments, the Ministry of Defence said in a statement announcing the event today.

With about 75 countries expected to participate, promoting transparency in defence cooperation and building areas of common interests in military aviation will be focus areas of the CAS Conclave

The Conclave has been planned in a hybrid form with extensive use of digital media due to the ongoing COVID-19 situation. It will be inaugurated by Defence Minister Rajnath Singh.

"With the growing need for Nations to join hands in maintaining peace and harmony world over, the Air Chiefs Conclave will provide the much needed platform to discuss issues related to military aviation, space operations and aerospace strategy apart from giving them opportunities to learn about each others' best practices," the defence ministry said.

The Conclave will also be a perfect example of India's defence cooperation with other countries working as a diplomatic instrument.

It will give an opportunity for building bridges of friendship, mutual trust and capacities on a global basis, the statement explained.