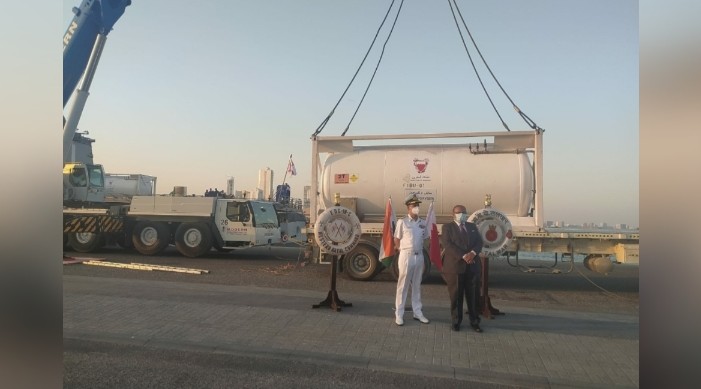 Nine warships of the Indian Navy are engaged in a global exercise to bring much-needed medical oxygen from other countries during the ongoing Covid-19 pandemic.

Six of these are operating on the Western seaboard under Operation Samudra Setu II for Covid-19 relief.

According to the Ministry of Defence, Indian Naval Ship INS Talwar entered the port of New Mangalore in Karnataka on Wednesday, ferrying two 27-ton liquid oxygen tanks from Bahrain.

In addition to these two, four warships are also en route to Qatar and Kuwait, to embark around nine 27-ton Oxygen tanks and more than 1,500 oxygen cylinders from these countries, the defence ministry said.

Meanwhile, INS Jalashwa remains deployed in the region, standing by to embark medical stores at short notice, the ministry added.

INS Shardul, the Landing Ship Tank of the Southern Naval Command at Kochi, is also on its way to the Persian Gulf to bring three liquid Oxygen filled cryogenic containers.