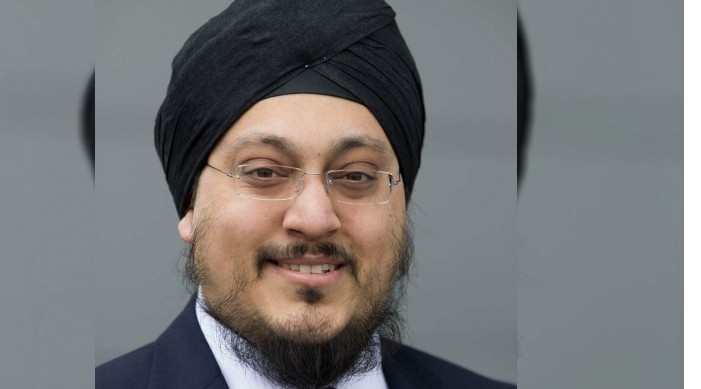 With the recent signing of the Memorandum of Understanding of Migration and Mobility partnership between India and the United Kingdom, the already prosperous trade between both sides will further see new phases of development, said prominent UK entrepreneur Jason Wouhra.

It is noteworthy that the Indian Diaspora in the UK is one of the largest ethnic minority communities in the country, with the 2011 census recording approximately 1.5 million people of Indian origin in the UK equating to almost 1.8% of Britain’s population. They contribute to 6 percent of the total GDP of the country.

With the signing of this MoU between both sides, these numbers could further increase. The MoU will overcome the challenges of migration and in the words of Wouhra, it will be “a very important aspect of the future trade.”

In an exclusive interview with India News Network, the chairperson of West Midlands India Partnership, said, “I think the ease of migration is one of the most important aspects to open the doors. If you think about going back over the last 50 years, when the Indian population came here from India, we have grown many successful businesses in the UK. Our contribution as a community to the UK economy, as I said, is double our numbers. Now, the beauty of the Indian population is that in India we have the youngest population under 25 and also the most educated population. And when they come to the UK, their contribution is sincere and worthy and that network becomes deeper than it already is. I think the migration treaty is a very important aspect to future international trade.”

In a recent virtual bilateral summit held between the Indian Prime Minister Narendra Modi and his UK counterpart Borris Johnson, both sides laid down a 2030 Roadmap with an ambitious target to double the two-way trade in the next 10 years.

Wouhra feels that the most important sectors of trade in the next 10 years could be healthcare and Information and technology.

“What we have to offer in the UK is our knowledge in the healthcare sector. I know PM Modi and PM Johnson have discussed the healthcare sector in great depth and that is one of the main areas we will be looking at. But, in addition to that, we have got the technology available and equally, in India, we have the youngest and the most educated population that has a lot to offer to the UK. Having a trade agreement in place between the two nations will make that process of doing business far easier for both parties involved,” he said.

If diplomats have to be believed, then the India-UK trade could even grow to four times its current value keeping in mind the ease of doing business that will increase with the signing of the 2030 Roadmap. However, every business comes with its own challenges that are sometimes ignored at a diplomatic level. The ground reality can only be mapped by those who are in business.

While the signing of the 2030 Roadmap will allow ample opportunities for businesses from both sides to grow trade mutually, Small and Medium businesses might face some challenges in flourishing in the next 10 years, believes Wouhra.
He, however, added that these challenges of low understanding of the local markets could be tackled if the governments from both sides step up to assist.

“I think if we look at Small and Medium size businesses that usually employ 300-400 people, the difficulty that comes in trading with any foreign country is how do you understand that country, and how do you get connected with the right people in India; for a British company to go to India, understand the market and its new trends is not quite easy and vice versa.”

“Those difficulties could be overcome through partnerships and joint ventures. You need local knowledge to be successful in any business. The governments have opened the boundaries for trade through the trade agreement but actually, the complexity comes on the ground where the businesses want to connect with other businesses in India or vice versa. I think it is very important for the respective governments to be able to provide that assistance to the businesses,” he added.

Wouhra is the chair of the West Midlands India Partnership, which was introduced in 2020 amid the Covid-19 pandemic to boost trade and tourism between both sides.

Situated in the western-central area of England, West-Midlands comprises cities like Birmingham, Coventry, and Wolverhampton, Solihull amongst others. It is an area that is home to more than 2,00,000 people of Indian origin, the biggest outside of London.

In a year, he said that the organization has had its own challenges but the support from the Indian High Commission and the British High Commission in India has helped smoothen the road.

Overall about the 2030 Roadmap, Wouhra is hopeful that the relationship between both sides will grow stronger, jobs will be created, and the benefits will be shared by an average working person as it would be shared by a big entrepreneur.