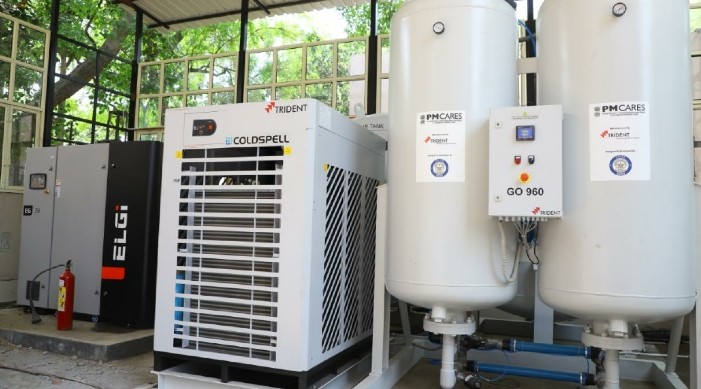 File photo of an oxygen manufacturing plant set up under PM-CARES.

Oxygen production has been enhanced and new plants have been installed

The central government on Monday said that it had taken a number of initiatives to enhance the availability of oxygen, its distribution and storage infrastructure. The steps include augmenting the entire oxygen supply chain.

"Oxygen availability has been enhanced by increase in production capacity and production, setting up of pressure swing adsorption (PSA) plants, import of liquid medical oxygen (LMO) from overseas, and procurement of oxygen concentrators," the Ministry of Health and Family Welfare said.
It added that a digital tracking system has been set up for real time monitoring.

Talking about increasing the production, the government said that oxygen production had increased from 5700 MT per day in August last year to 9,446 MT per day in May this year.

Talking about capacity enhancement plans, the government said that supply of oxygen for non-essential industrial purposes has been prohibited from April 22, resulting in about 1,000 MT of additional oxygen availability.

"Additional capacity expansion of 630 MT/day is also planned by the steel sector."

Thousands of PSA plants are also being set up under PM-Cares through the Union health ministry, the government added.

Apart from this, the Ministry of External Affairs (MEA) is actively assisting in securing sources of oxygen from abroad, the Centre said, adding that procurement of one lakh oxygen concentrators has been sanctioned under PM-Cares Fund.

Many states have pointed to issues in oxygen supply, urging the Centre to increase their quota of oxygen to save lives of Covid-19 patients.

The Centre said that it used the formula of the union health ministry to estimate oxygen requirement for each state in line with active cases there, and maximum efforts were made to align oxygen allocation to the estimated demand for each state.

"Oxygen allocation to states/UTs is dynamic in nature, based on requirement as per health ministry norms, and consultation with states/UTs, manufacturers and other stakeholders.

There is a mismatch between producing and consuming states, and equity among states to be maintained," said the Centre.
Further, it noted that multiple interventions have been undertaken to improve tanker availability.

The system integrates with GSTN database for E-waybill based data entry, Tracking of tankers through GPS, SIM (Driver Mobile No.), FASTag, and Automated alerts from system for route deviation, unintended stoppages, and delays.

Besides, a virtual Central Control Room has been established with officers from Additional / Joint secretary officers of Health, Road, Rail, Industry, Steel and from State Govt. The Control Room is monitoring Oxygen movement 24 X 7 and to resolve any issues in oxygen transportation. 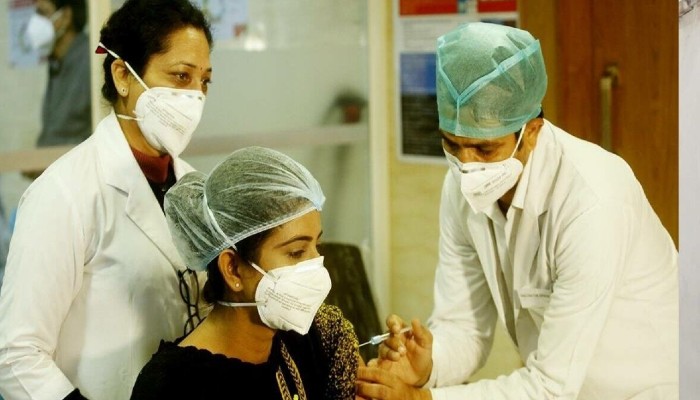