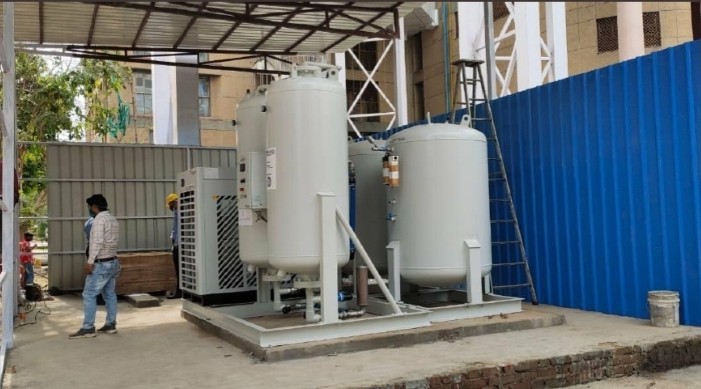 Hospitals identified for these oxygen generation plants have a capacity of about 1,300 beds

The Government of Japan and the United Nations Development Programme (UNDP) India have joined hands to provide oxygen generation plants to the North Eastern Region as the country battles the second wave of the Covid-19 pandemic.

The hospitals that have been identified for these oxygen generation plants have a capacity of about 1,300 beds.

Excess oxygen produced by the plants will be distributed among other health facilities in the hospitals’ vicinity. The installation sites are being prepared so that the oxygen production can start at the earliest possible, UNDP India said in a statement.

With the ongoing pandemic overwhelming the health system across the country, one of the key challenges has been the acute shortage of medical oxygen, said UNDP India.

"Support from the people of Japan has enabled UNDP in procuring and installing eight Pressure Swing Adsorption oxygen plants," the statement noted.

Since June last year, the Government of Japan and UNDP India have been jointly supporting the Government of India’s response to the COVID-19 pandemic through strengthening of health and social protection systems and reviving livelihoods to address the devastating impacts on the lives of the most vulnerable population.

Japanese Ambassador to India Satoshi Suzuki said Japan stood with India, "our friend and partner," in her efforts to fight against COVID-19 pandemic in this critical time.

“I would like to thank the people of Japan for this critical support that will allow UNDP to ensure uninterrupted flow of oxygen in hospitals and health centres in the region, especially those in hard-to-reach areas. The situation in India is devastating and the pandemic continues to threaten millions of lives. UNDP urgently needs additional support to ensure that we reach the last mile to leave no one behind,” UNDP India Resident Representative Shoko Noda said.

It is worth mentioning that the UNDP has also been supporting the Ministry of Health and Family Welfare with digitization of the supply chain of vaccines and tracking beneficiaries across states to ensure better access and coverage.

"It has also helped build capacities of 820,500 frontline workers across the country to support the ‘world’s largest vaccination drive’" the UNDP statement noted.

The Government of Japan has also committed to providing critical items to India, including ventilators and oxygen concentrators.