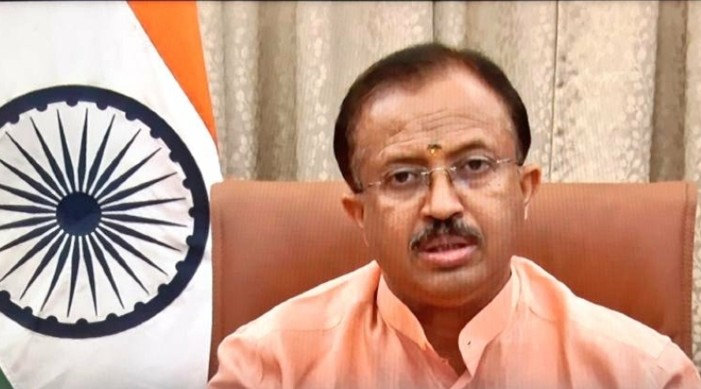 India and Africa have a "unique, historical and intimate" relationship, Minister of State (MoS) for External Affairs V Muraleedharan said on Tuesday.

India’s development partnership model with Africa is sui generis (one of a kind), he explained during his remarks at the Summit on Financing of African Economies hosted by France.

Muraleedharan pointed out that this partnership includes capacity building, building health and education sector competencies, technology transfer and critical infrastructure building, all resulting out of local priorities and on transparent and acceptable terms.

Informing that New Delhi has offered US dollars 600 million in grant assistance and concessional loans worth US dollars 10 billion for development projects, the Minister said that more than US dollars 6.4 billion of these loans have already been sanctioned.

At present, over 89 projects across 41 countries in Africa that are being implemented with Indian concessional credit, the Indian MoS for External Affairs said.

Citing the examples of e-Vidhya Bharti and e-Aarogya Bharti (e-VBAB) network projects, he added that numerous digital innovations have emerged from the India-Africa partnership.

Infrastructure development has seen power projects and dams in Sudan and Rwanda; water treatment in Tanzania; sugar factories in Ethiopia; and technology parks in Mozambique and Eswatini, amongst many others, Muraleedharan explained.

Moreover, India has also stood in solidarity with Africa in the fight against COVID-19 and has gifted 150 tonnes of medical aid to 25 countries, he stated.

The Minister noted that under India’s "Vaccine Maitri” initiative, 24.7 million doses of Made in India COVID vaccines as grants, and commercial and COVAX supplies have been supplied to 42 countries in Africa.

Pointing out that the pandemic knows no borders and global economic recovery is contingent on collective action, the Minister of State for External Affairs called upon friends and partners to come together in this hour of need, "so that we can build back a more resilient and stronger Africa".