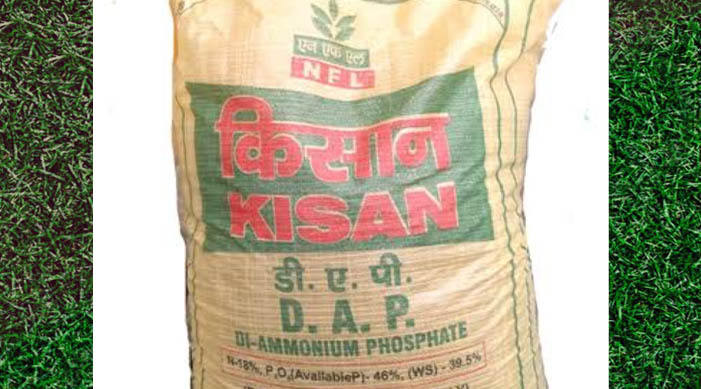 File photo of a bag of DAP fertilizer.

The subsidy on chemical fertilizers has been increased from Rs 500 to Rs 1,200 per bag

The Indian government has announced a massive 140% increase in the subsidy on chemical fertilisers so that farmers can continue to buy it at the old rate of Rs 1,200 per bag despite a massive increase in international prices.

According to the decision approved at a review meeting chaired by Prime Minister Narendra Modi on Wednesday, the subsidy on chemical fertilizers has been increased from Rs 500 to Rs 1,200 per bag.

This means that farmers can continue to buy a bag of chemical fertilizers at the existing rate of Rs 1,200 though the actual price is now Rs 2,400, the Prime Minister's Office (PMO) said.

PM Modi went through a detailed presentation on the issue which explained that the price of fertilisers was increasing due to the rising prices of phosphoric acid, ammonia and other raw materials internationally.

Last year, the actual price of Di-Ammonium Phospate (DAP) was Rs 1,700 per bag. Farmers were, however, able to buy it for Rs 1,200 due to a Central Government subsidy of Rs 500 per bag.

The international prices of phosphoric acid, ammonia etc. used in DAP have gone up by 60% to 70% recently. In other words, the actual price of a DAP bag is now Rs 2400.

Without the additional hike in subsidy, a bag would have been sold by fertilizer companies at Rs 1,900 after considering a subsidy of Rs 500. With today's decision, farmers will continue to get a DAP bag for Rs 1,200.

The Central Government spends about Rs 80,000 crore on subsidies for chemical fertilisers every year. With the increase in subsidy in DAP, it will spend an additional Rs 14,775 crore as subsidy this Kharif season.

During the meeting, the Prime Minister stressed that farmers should continue to get fertilisers at old rates, the PMO said in a press release, adding that the amount of subsidy per bag had never been increased so much at once.