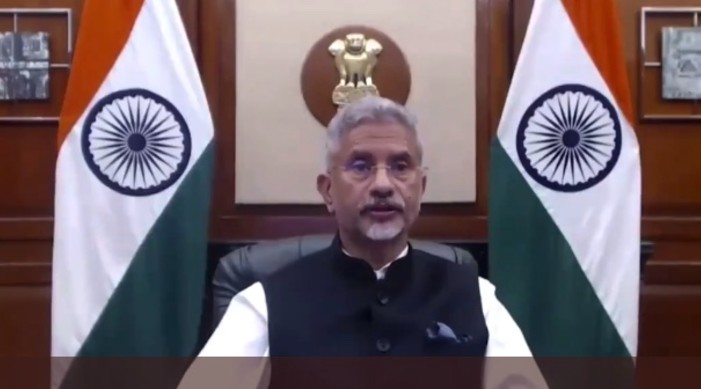 Peace and tranqullity on border led to economic engagement with China, Jaishankar observed

External Affairs Minister S Jaishankar said the relationship between India and China is at a crossroads and which direction it will go depends on whether the Chinese side adheres to agreements on peace and tranquillity on the border.

“If you disturb the peace and tranquillity, if you have bloodshed, as you pointed out, if there is intimidation, if there is continuing friction on the border, then obviously there's going to tell on the relationship,” Jaishankar said in a webinar organized by the Financial Times and the Indian Express on Thursday.

He said since border conflict of 1962, it took 26 years to have the first Indian Prime Ministerial visit to China in 1988, when Rajiv Gandhi went to the East Asian country.

“I would argue, a sort of a 1988 consensus, which has stabilised the border. So if you look at the first decade of the relationship, it was focused on stabilising the border. And there were two very important agreements in 1993 and 1996, which have thereafter led to another 30 years of peace and tranquillity in the border areas,” the EAM said in his opening remarks at the Webinar.

Those agreements, he said, essentially stipulated that “you would not bring large armed forces to the border, and that peace and tranquillity, the line of actual control (LAC) would be observed, would be respected, there would be no attempt to change the status quo unilaterally.”

“Now, what we saw last year, was actually, frankly, China departing from the 1988 consensus and why I say this is, if you look today at the economic relationship, the relationship in other sectors, they all followed the stabilisation of the border. Through the 80s and the 90s, the focus was on the border and once that settled down, then other things happened,” EAM Jaishankar said.

“If you disturb the peace and tranquillity, if you have bloodshed, as you pointed out, if there is intimidation, if there is continuing friction on the border, then obviously there's going to tell on the relationship,” the EAM said, adding that “the border tensions can’t continue with cooperation in other areas.”

He said India will do everything to be competitive as in the world politics, “there will be no progress without contestation and without competition.”

“International politics is competitive. Countries will expand their influence and secure their interests. So I am prepared, and I will do everything I can to be competitive as well. So it’s not that I expect that I will progress in world politics without contestation and without competition, but naturally as the competition gets sharper, I will then also use all the instruments and possibilities that are available to me to strengthen my position,” EAM Jaishankar said.

However, he said competition is one thing and it’s another to have violence on border. Jaishankar was referring to the June 15 incident in which 20 Indian soldiers were killed during a violent scuffle with the Chinese Army soldiers in the Galwan Valley.

“Look, I am fairly confident, I'm not a small country, I have my capabilities, I have a high degree of cultural comfort and natural connectivity and societal contacts with my neighbourhood, and not just neighbourhood, I go beyond. I mean, today, my interests extend all the way deep into the Indo Pacific on one side, and to Africa and Europe on the other. So I'm ready to compete. That's not the issue for me. The issue for me is, how do I manage a relationship if the basis of the relationship has been violated by one side,” the EAM said.