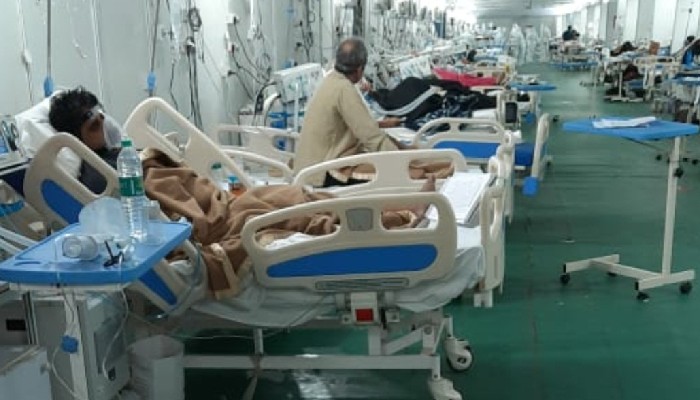 Doctors at a district civil hospital in Rohtak in Haryana are desperately trying to save the life of Balram Kaushik. The 44-year-old clerk, who works in a private educational institution in India’s national capital, Delhi, is battling with black fungus (clinically known as Mucormycosis) which has infected his brain.

An ENT doctor, under whose care Balram’s treatment is going on, spontaneously raises his hands towards the sky, when some relatives ask him about the condition of the patient.

The situation is alarming as a doctor too has no answer when black fungus infects one’s brain. Medical experts are advising people to rush to a nearby hospital if they get infected by the fungus. They say it needs immediate treatment as it is aggressive. The worst part of this disease’s treatment is that surgeons have to sometimes remove patients’ nose, eyes or even jaws to stop it getting to the brain. And such cases are rising across India.

According to the Hindustan Times, which has cited a government court submission, there are at least 7,250 black fungus cases in India. As many as 13 states are affected by black fungus and over 220 people have succumbed to black fungus-related complications.

To handle this “opportunistic” infection, dedicated centres have been set up in some states, while in others, such centres are being established with all attended facilities.

For example, in Delhi, where close to 200 cases of black fungus have been found, Chief Minister Arvind Kejriwal has decided to set up three dedicated centres to treat this fatal disease. In Maharashtra where the fungal infection has so far claimed 90 lives, several centres to treat it are being set up. Haryana, Gujarat, Andhra Pradesh and Tamil Nadu have already started treating patients with black fungus at dedicated health centres.

The Central government too has shown its urgency in the matter. Joint Secretary in the Ministry of Health and Family Welfare, Lav Agarwal wrote a letter to states and Union Territories on May 20, urging them to make black fungus a notifiable disease under the Epidemic Disease Act, 1897. “This fungal infection is leading to prolonged morbidity and mortality amongst Covid-19 patients,” Lav Agarwal wrote in his letter to States and Union Territories.

To treat the black fungus, which affects Covid-19 patients with weakened immune systems, Amphotericin B is considered as a suitable drug. According to Union Minister for Chemical and Fertilizers D V Sadananda Gowda, a total of 23,680 additional vials of Amphotericin-B have been allocated to all states and Union Territories on May 22.

To plug the shortage of this medicine, the government has already given a nod to five more pharmaceutical companies to produce the drug in the country, in addition to six companies which are already engaged in its manufacturing.

But while the pharmaceutical industry is ready to give what the country wants from it, the real challenge is how to stop black fungus from spreading as it is present naturally in the environment, seen mostly in soil and in decaying organic matter like leaves and composts.

However, if a patient has recovered from Covid-19 and has not taken steroids, nor is he a diabetic then he has not to worry about getting infected by black fungus, Dr Alok Roy, chairperson of Kolkata-based Medica Group of Hospitals, said. 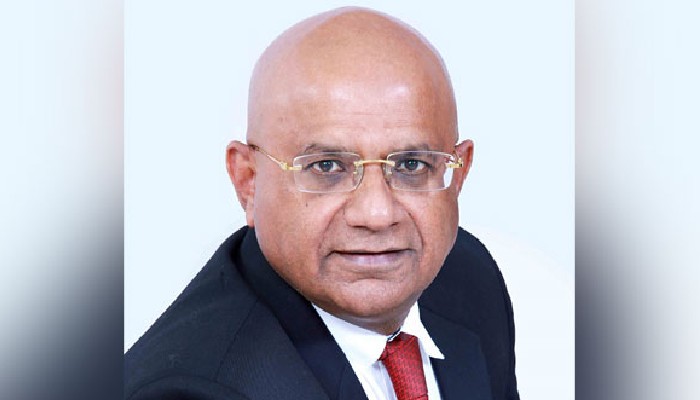 Delhi-based AIIMS’ Director, Professor Randeep Guleria has warned against random use of steroids. “Misuse of steroids is a major cause behind the infection (Mucormycosis). Chances of fungal infection increase in the patients who are diabetic, COVID positive and are taking steroids. To prevent it, we should stop the misuse of steroids,” the AIIMS Director said.

Yet some doctors and experts see the case differently. They cite non-observation of infection prevention and control practices, which need to be followed up strictly in hospitals as the reason for the increase in black fungus cases.

“Infection Prevention and Control practices need to be enhanced in ICUs using a bundle-approach to prevent device-associated infections such as ventilator-associated pneumonia or catheter-associated blood stream, urinary infections,” the Ministry of Health and Family Welfare said in a new set of guidelines on prevention of mucormycosis.

On the other hand, Dr Suresh Singh Naruka, a senior consultant, ENT, Indraprastha Apollo Hospital holds.unhygienic practices like wearing masks over a long period of time without washing them, or staying in poorly ventilated rooms such as a basement or less airy rooms as factors for triggering mucormycosis.

The argument over the spread of the black fungus may vary, but the fact is that cases of this infection had first surfaced during the SARS outbreak in 2003. Former president of Indian Medical Association, the Cochin chapter, Dr Rajeev Jayadevan too said the same. According to him, black fungus is not new to doctors. However, he said it infects those who have depressed immune systems. 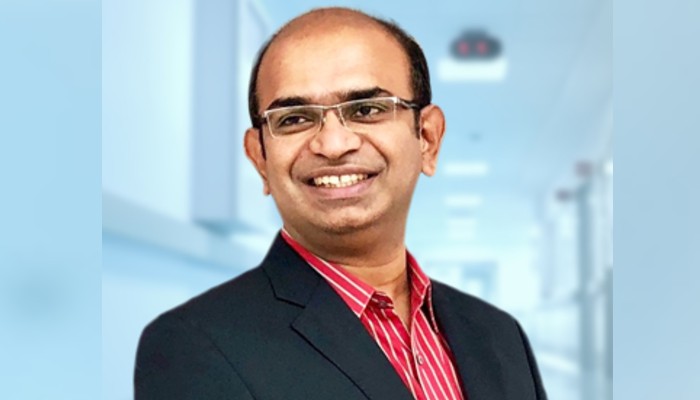 “The commonest situation in which someone’s immune system is depressed is when they have poorly controlled diabetes, which has been there for a long time. On top of that when they get Covid-19, few of them require steroids, this leads to double immunosuppression,” Dr Jayadevan explained.

“Firstly, uncontrolled diabetes itself is suppressing their immune system and when that is compounded by high dose (for example, the steroid dose that is used for Covid-19 is more than what is used for asthma). Thus, it is when these two coincide that the chance is greater. As there are a large number of Covid-19 infections in our country, there will be a few who belong to this double immune suppression category. In these individuals, the chance of seeing the black fungus is naturally higher,” he added.

Nonetheless, with SARS-CoV-2 virus giving birth to several new diseases, India is putting its best to tackle them. But the more people avoid the habit of self-medication, the better it is for patients recovering from the Covid-19 situation. In the long run, there is one clear optimistic prescription from doctors and medical experts and that is: “No Need to Panic.”