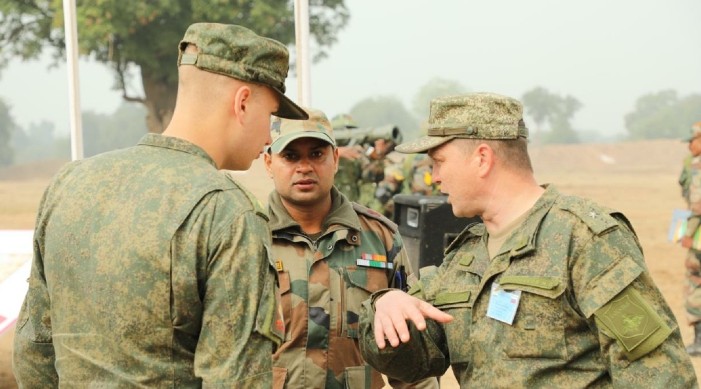 Further strengthening the bond between the armed forces of the two countries, India and Russia will jointly conduct a tri-services military exercise Indra-2021 in August.

The military drill will be held at the Prudboi practice range in the Volgograd Region in southern Russia from August 1-15.

The Indra series of exercises began in 2003 and the First joint Tri-Services Exercise was conducted in 2017.

The last joint, tri-services exercise between India and Russia was conducted in India from December 10-19, 2019. It was held simultaneously at Babina (near Jhansi), Pune, and Goa.

The exercises involving India and Russia are aimed at further strengthening mutual confidence, interoperability and enabling the sharing of best practices between the armed forces of both countries.

Simultaneously, it also looks to jointly evolve drills to defeat the scourge of terror under the United Nations mandate.

The Indra-2021 drills will involve about 250 servicemen of the armed forces of India and around 250 personnel of the Russian Army’s Southern Military District. The dates were decided at a conference of military representatives of Russia and India.