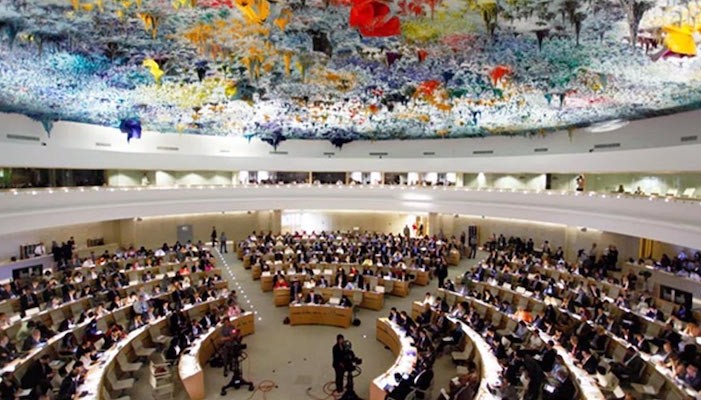 India on Thursday abstained from Pakistan-backed resolution at the United Nations Human Rights Council (UNHRC) to set up a commission of inquiry into human rights violation in occupied Palestinian territory including East Jerusalem and Israel.

India’s Permanent Representative at the UN in Geneva, Indra Mani Pandey took to twitter to announce New Delhi’s abstention together with 13 other members of the UNHRC. The resolution was adopted with 24 members voting in favour and 9 against it.

“India abstains together with 13 other members of the Human Rights Council on the resolution proposing to set up a Commission of Inquiry! With 24 members voting in favour and 9 against, the resolution is adopted,” Pandey said in his twitter post.

It also seeks to find all underlying root causes of recurrent tensions, instability and protraction of conflict, including systematic discrimination and repression based on national, ethnic, racial or religious identity.

Amongst the 24 countries who voted in favour of the resolution included China, Argentina, Bangladesh, Bahrain, Indonesia, Mexico, Namibia, Bolivia, Russia, Philippines and Venezuela.