Backed by India and others, Maldivian FM elected President of UN General Assembly 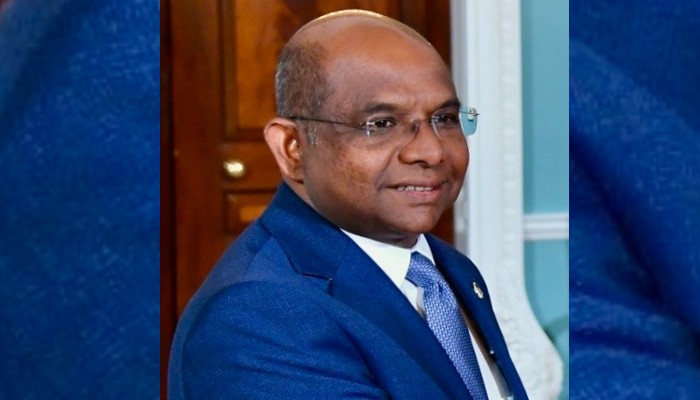 Maldivian Foreign Minister received 143 votes in his favour, while 48 voted against him

Maldivian Foreign Minister Abdullah Shahid was elected as the President of the 76th UN General Assembly. India along with several UN members backed his candidature, thereby, making him win the prestigious post with an overwhelming majority.

This is a post held on an annual basis, rotated amongst various regional groupings. The 76th session (2021-22) is the turn of the Asia-Pacific group.

Maldives had announced Foreign Minister Abullah Shahid’s candidature in December 2018. At that time, no other candidate was in the fray.

Foreign Minister Shahid is eminently qualified to hold the office of the President of the UN General Assembly, with vast diplomatic experience and strong credentials, especially in the multilateral fora.

India announced its support for Foreign Minister Shahid during the visit of Foreign Secretary Harsh Vardhan Shringla to Maldives in November 2020. Even at that time, he was the only candidate in the fray.

In mid-January 2021, in a surprising development and with less than 6 months before the elections, Afghan Foreign Minister Zalmai Rassoul entered the fray, people familiar with the development said. While Foreign Minister Rassoul also has strong credentials, by the time his candidature was announced, Maldives had already garnered extensive support.

Moreover, Maldives has never held the office of the President of the UN General Assembly, while Afghanistan has held this post during the 21st GA session in 1966-67.

Both Maldives and Afghanistan have excellent relations with India, and both candidates are friends of India. However, since India had already committed its support to Maldives at a time when no other candidate was in the fray, India voted in favour of Maldives.