“Do not take us back to the era of ‘Your Terrorists’ and ‘My Terrorists”: India cautions UN 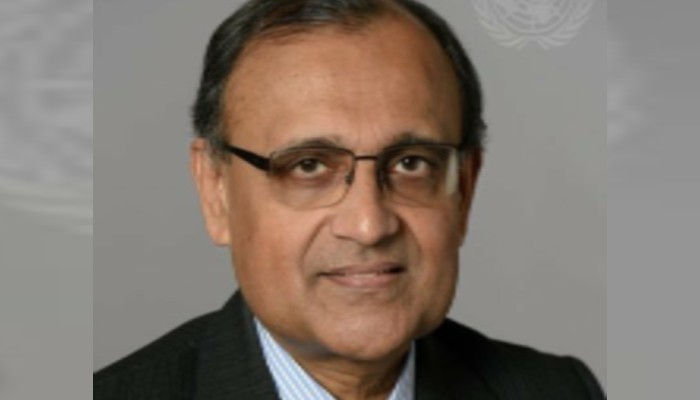 It is essential to not squander the gains of what has been achieved, India has said

India has cautioned that 20 years after the 9/11 terror attacks, there are attempts to divide terrorism into different categories by adopting new terminologies under the guise of ‘emerging threats’ such as racially and ethnically-motivated violent extremism, violent nationalism, right wing extremism etc.

Participating in the General Debate on the Adoption of Resolution on 7th Review of Global Counter Terrorism Strategy (GCTS), India’s Permanent representative to the United Nations TS Tirumurti said, "Do not take us back to the era of ‘Your Terrorists’ and ‘My Terrorists’".

“20 years later, we are now seeing attempts to divide us once again by adopting new terminologies under the guise of “emerging threats” such as racially and ethnically-motivated violent extremism, violent nationalism, right wing extremism, etc,” India’s Permanent Representative to UN noted.

“I do hope that member states do not forget history and divide terrorism again into different categories and take us back to the era of “Your Terrorists” and “My Terrorists” and erase the gains we have had over the last two decades,” he warned.

Recalling that the Global Counter Terrorism Strategy was adopted by consensus 15 years ago, Amb Tirumurti said it was a major step forward in maintaining and achieving international peace and security.

“The international community acknowledged that the threat of terrorism is grave and universal, and can only be defeated by collective efforts of all UN member states, without any exception,” India’s envoy to UN stated.

“It was agreed that terrorism in all its forms and manifestations should be condemned, there cannot be any exception or justification for any act of terrorism, regardless of motivations behind such acts, and wherever, whenever and by whomsoever committed,” he explained.
“It was also recognized that the menace of terrorism cannot be and should not be associated with any religion, nationality, civilization or ethnic group,” Ambassador Tirumurti highlighted.

“However, it is essential for all member states to not only not squander the gains of what we have achieved so far but also ensure that we do not give the slightest opportunity to provide excuses or justification for terrorism, thereby diminishing our collective fight,” he warned.

“Justifying terrorism in any way, whether on grounds of religion, ideology, ethnicity or race, will only provide the necessary fodder for terrorists to enhance their activities even more,” India’s permanent representative to UN said.

Today, the most serious threats of terrorism, include the misuse of internet and social media for terrorist propaganda, radicalization and recruitment of cadre; misuse of new payment methods such as block-chain currencies, payment wallets, crowd funding platforms for financing of terrorism.

The serious threats of terrorism also include misuse of emerging technologies such as Drones, 3D printing, Artificial Intelligence, Robotics for terrorist purposes have emerged and warrants collaborative actions from all member states.

Acknowledging that the matter of religious “phobias” finds mention in the current document, he said we are once again constrained to point out that this listing has been selective and confined only to the three Abrahamic religions.

Ambassador Tirumurti pointed out that the august body has once again failed to acknowledge the rise of hatred and violent terrorist attacks against other religions, inter alia, Buddhism, Sikhism and Hinduism.

He said there needs to make a distinction between countries which are pluralistic and those which resort to sectarian violence and trample over minority rights.

The continued absence of a universally agreed definition of terrorism is detrimental to our shared goal of eliminating it. The current strategy fails to resolve the stalemate preventing the adoption of a comprehensive convention on international terrorism, which India has championed.