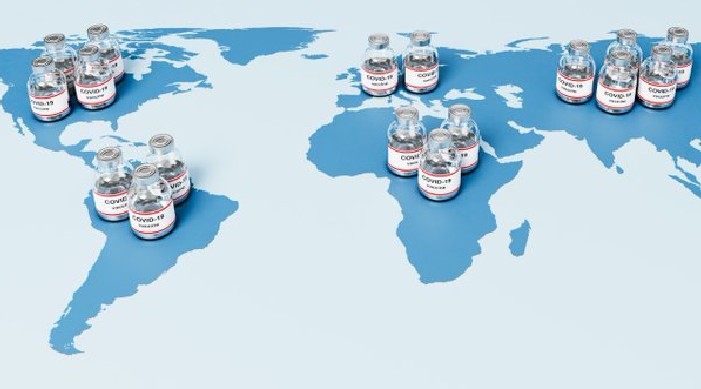 Belgium has recognized the India-made Covishield vaccine, which was developed by Oxford-AstraZeneca and is being produced by the Serum Institute of India (SII), becoming the latest European country to do so.

"Belgium recognises Covishield, the AstraZeneca vaccine produced by Serum Institute of India and distributed by COVAX. An important decision for India, Nepal, Bhutan, Sri Lanka, Maldives, Bangladesh in the fight against vaccine inequality," the embassy of Belgium in India said on Friday.

Charge d'affaires of Belgium embassy, Arnaud Lion said that recognition of Covishield by his country will have a positive impact for everyone getting the vaccine shot in India and abroad.

"On 7 July, the inter-ministerial conference in Belgium decided to recognize the Covishield vaccination, which will have a positive impact I hope for everyone in India and outside India being vaccinated with Covishield," Lion was quoted as saying by a news agency.

This also comes as an essential step for Indian students studying or planning to begin studying in Belgium and other European countries.

“India comes under Category III, which means we only allow essential travel from countries under that category. Hence students will be considered under essential travel. Since Monday, we have delivered over 100 long-stay visas in Delhi and 300 of these visas in Mumbai,” he added.

Austria, Germany, Slovenia, Greece, Iceland, Ireland, Estonia and Spain have recognized the SII-manufactured vaccine. The Estonian government said that they recognize all the vaccines approved by the Government of India.

With this, a total of 15 countries in the EU have confirmed that they will allow travellers from India who have taken the Covishield shots to enter their territory.

This was also pointed out by World Health Organisation (WHO) chief scientist Soumya Swaminathan.

"15 countries in EU now recognise Covishield for travellers," she tweeted.

Recognition from the EU will help people avail the EU Digital Covid Certificate or "Green Pass", with an aim to facilitate free movement during the Covid-19 pandemic.

Under this framework, persons who have taken vaccines authorized by the European Medicines Agency (EMA) will be exempted from travel restrictions within the EU region. The document will be mandatory to travel to European countries.

The individual member states have the flexibility to also accept vaccines that have been authorized at the national level or those recognized by the WHO. There are 27 member countries in the EU.

The European Parliament had mandated that all member states must accept vaccination certificates issued in other EU countries for vaccines authorized by the EMA.

At present, these include those vaccines manufactured by Pfizer, Moderna, Vaxzevria (previously AstraZeneca) and Johnson and Johnson.

India had earlier requested the EU countries to allow Indian travellers who produce a vaccination certificate issued by the Indian government’s CoWIN portal to be exempted from travel restrictions like mandatory quarantine or self-isolation after arriving at their destination.

Last month, External Affairs Minister S Jaishankar took up the issue of inclusion of Covishield in the EU digital Covid certificate scheme during a meeting with Josep Borrell Fontelles, the High Representative of the European Union. The meeting took place on the sidelines of a G20 meeting in Italy.