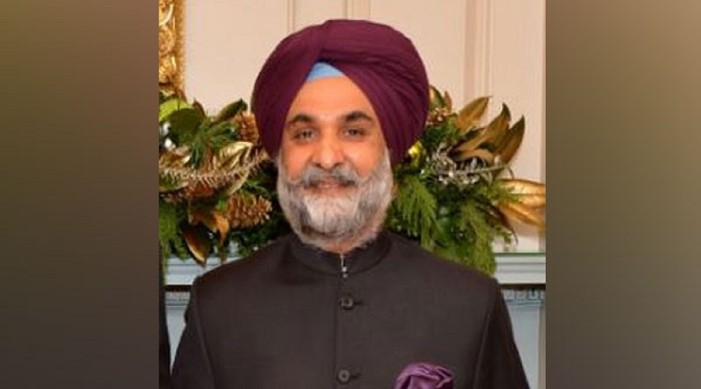 Indian ambassador to the US, Taranjit Singh Sandhu-file photo

In the course of his two day-visit (July 8-9), Sandhu addressed the Atlanta Council on International Relations where he shared thoughts on the transformation in Indo-US ties over the years.

“India and the USA remain close friends & trusted partners in this uncertain unpredictable world,” he said in a twitter post.

Knowing well that the diaspora continues to be a force multiplier for India-US ties, Ambassador Sandhu, interacted with prominent members of the Indian-American community in Atlanta- leaders in diverse fields.

On the second day of his visit, Ambassador Sandhu visited two leading universities- Emory University and Georgia Institute of Technology and met and held discussions with Georgia Senators.

During his visit to the Woodruff Health Sciences Center of Emory University on 9 July, Sandhu was informed about the University’s strong partnerships with their counterparts in India.

“Emory has contributed significantly to deepening healthcare and knowledge pillars of India-US ties,” he said.

The Indian Ambassador was happy to learn that Emory University developed Molnupiravir , a drug used to treat COVID19 which was licensed by Merck to manufacture in India, as well as being involved in clinical trials of the Moderna vaccine for COVID variants.

Meanwhile at GeorgiaTech, Ambassador Sandhu had a wonderful exchange of thoughts and ideas with a diverse group of young bright achievers in and around Georgia.

“They form the bedrock of a stronger India – US partnership! Happy to note their interest to further strengthen links with India. Discussed the huge opportunities for India-US partnership in STEM areas,” Sandhu said.

The Indian Ambassador to the US also held discussions with Senator from Georgia, Jon Ossoff on strengthening Indo-US ties in clean energy, global health cooperation including in affordable medicines and vaccines as well as expansion of knowledge partnership.

He also had good discussions on the exciting possibilities in India-Georgia partnership in healthcare, energy, ICT and education with a bipartisan group of Georgia State Senators and Representatives.