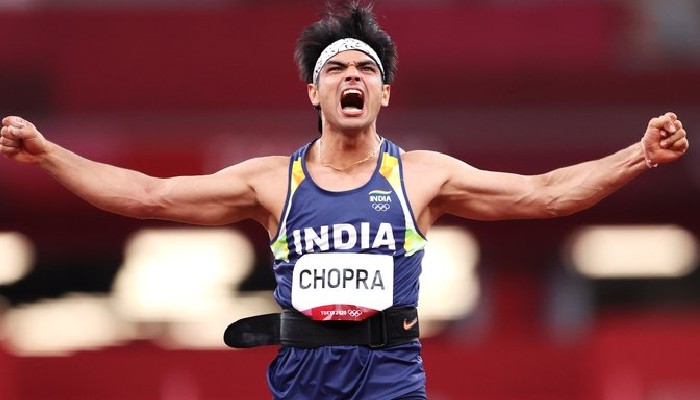 Neeraj gave his best throw of 87.58 to bag gold medal at Tokyo Olympics

He becomes first Indian to win Gold medal in athletics

Neeraj Chopra gave his best throw of 87.58 to bag the gold medal. With this, he has become the first Indian athlete to win gold ever and India's second ever individual Olympic gold medalist after shooter Abhinav Bindra, who bagged gold in Beijing 2008.

With this outstanding performance, Neeraj also took India's medal haul to seven at the Tokyo Olympics - the country's highest ever, beating the tally of six medals won at the London Games in 2012.

“Unprecedented win by Neeraj Chopra! Your javelin gold breaks barriers and creates history. You bring home the first ever track and field medal to India in your first Olympics. Your feat will inspire our youth. India is elated! Heartiest congratulations!” President Ram Nath Kovind wrote in his tweet after Neeraj, a Subedar with Indian Army’s 4 Rajputana Rifles created history by winning Gold medal in men’s javelin throw at Tokyo Olympic.

Neeraj also became the first athlete from India to win an athletics gold. The Tokyo gold that saw the Indian anthem being played in an Olympic medal ceremony for the first time in 13 years will undoubtedly catapult Neeraj Chopra's status to one of the country's greatest sporting heroes.

Prime Minister Narendra Modi, who spoke to him after his stupendous performance at Tokyo Olympic, tweeted, “History has been scripted at Tokyo! What Neeraj Chopra has achieved today will be remembered forever. The young Neeraj has done exceptionally well. He played with remarkable passion and showed unparalleled grit. Congratulations to him for winning the Gold.”

Neeraj’s journey to becoming an Olympic champion was not a smooth one. In 2018, when he qualified for the 2019 World Athletics Championships in Doha, he was harbouring aspirations of being a world champion.

But an injury to his right elbow that led to a surgery and a prolonged break from the sport meant Chopra had to give the event a miss. Out of action for the entirety of 2019, his Olympic hopes had seemed in danger when he returned to competition in early 2019.

Dispelling all those concerns over his elbow, Chopra immediately made the Olympic cut with a throw of 87.86m in Potchefstroom, South Africa. By then, he had cemented his status as one of the favourites for the Olympic title and despite the pandemic-enforced postponement of the Games, the Indian youngster didn't disappoint in Tokyo. 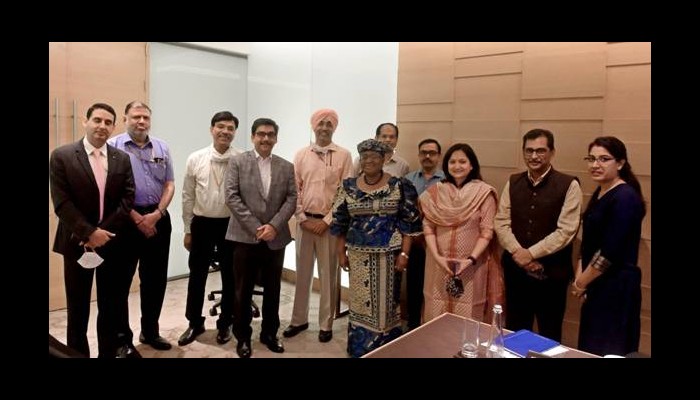