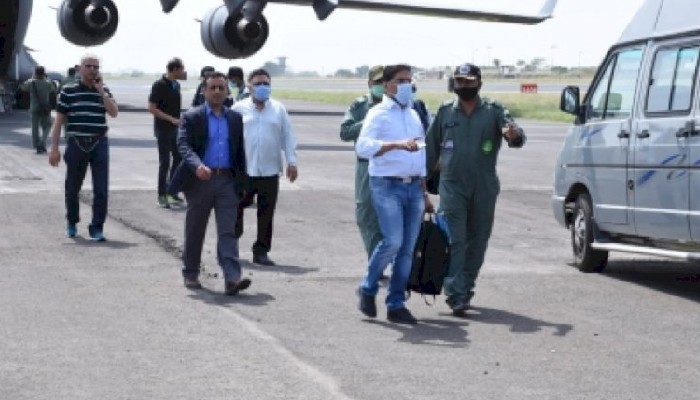 India committed to safe returns of all Indians from Afghanistan

The main challenge for travel to and from Afghanistan is the operational status of Kabul airport, said the MEA

India on Tuesday said its immediate priority is to obtain accurate information about all Indian nationals currently in Afghanistan.

“We have already received requests from Afghan Sikh and Hindu community leaders, and are in touch with them,” the Ministry of External Affairs said.

As regarding withdrawal of staff and paramilitary personnel from the Indian embassy in Kabul, the Ministry said this withdrawal has been completed in two phases and the Ambassador and all other Indian personnel have reached New Delhi this afternoon.

“We have been issuing periodic travel and security advisories for all Indian nationals in Afghanistan, given the deteriorating security situation there,” it noted.

Those already in Afghanistan were urged to return immediately while others were advised not to travel there, the statement added.

Nevertheless,” we understand that a number of Indians are stranded in that country, some of whom are employed by third country organizations,” it mentioned.

Stating that main challenge for travel to and from Afghanistan is the operational status of Kabul airport, “it further said that this has been discussed at high levels with our partners, including by EAM Jaishankar with the US Secretary of State.”

The Government of India is committed to the safe return of all Indian nationals and will institute flight arrangements once Kabul airport is open for commercial operations, the statement reiterated.