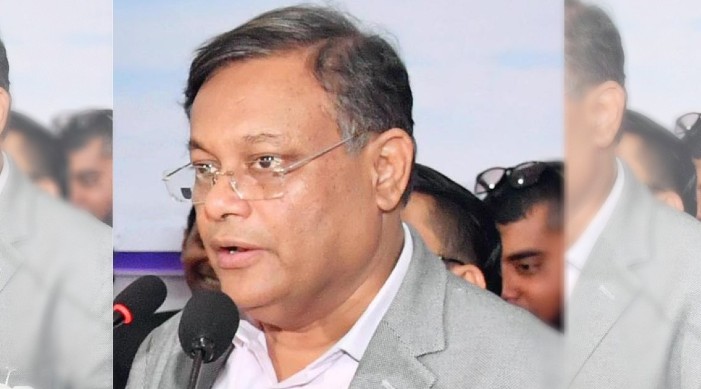 He praised India for tackling the second wave of coronavirus effectively

Bangladesh’s Information and Broadcasting Minister, Dr Hasan Mahmud has said India has assured his country of more deliveries of Covid-19 vaccines when the situation improves and that Bangladesh understands India’s local demands.

Speaking after inaugurating Bangabandhu Media Centre at the Press Club of India on Monday, he said, “India tackled the second wave of corona virus effectively and the infection rate has come down from over 25 per cent to 2 per cent which is a great achievement.”

The Bangabandhu Media Centre has been set up with the support of the Bangladesh High Commission in India to mark the birth centenary of the founding President of Bangladesh, Bangabandhu Sheikh Mujibur Rahman. The Press Council of India also got a life-size picture of the leader.

“Under the leadership of Bangladesh Prime Minister Sheikh Hasina and Indian PM Narendra Modi, the bilateral relationship has gone to a new height…. This media centre will help strengthen the cultural ties and the people-to-people contact between the two countries,” Dr Mahmud said at the event.

According to Bangladesh High Commissioner to India, Mohammad Imran, more such centres are planned across India.

Earlier, in January, India had gifted 3.2 million doses of domestically manufactured coronavirus vaccines to Bangladesh as part of its ‘Neighbourhood First’ policy.

The neighbouring nation had also entered into a deal with the Serum Institute of India (SII) to procure 30 million doses of vaccine. Under the agreement, Bangladesh received seven million doses in two consignments until February.

“Unfortunately, the second wave of Covid-19 hit India a few months ago. That’s why we did not get further deliveries. But I must register my thanks to the Indian government and SII. Also, India gifted us some vaccines as well,” he said.

“And, as you had a domestic demand, many people were dying at that time… so domestic demand definitely was the top priority,” the Bangladeshi Minister said.

“I see how effectively the government of India and the people of India have faced the second wave because the rate of infection has gone down to around 2 per cent from more than 25 per cent which is a great achievement,” Dr Mahmud added.