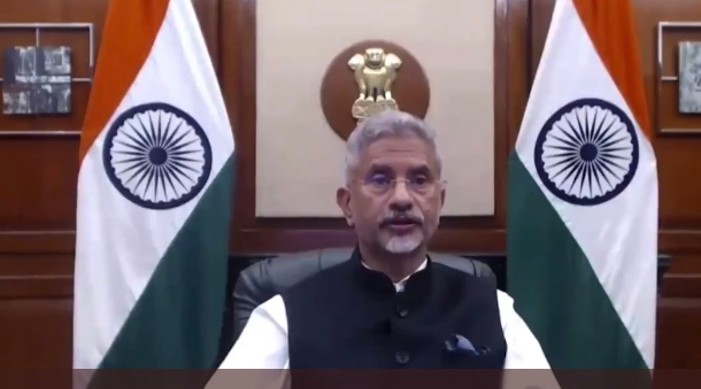 The discussions have provided a direction, not just for our relationship, but also for how we work with our friends and partners,the EAM pointed out

Pointing to the fact that last week concluded the India-US Leadership Summit, External Affairs Minister S Jaishankar on Thursday stated that discussions in Washington DC have opened up many more new possibilities between the two countries.

The EAM said this in his remarks at the US-India Strategic Partnership Forum (USISPF) Annual Leadership Summit.

He said discussions at the India-US Leadership Summit have offered a direction, not just for the two countries’ relationship, but also for how “we work with our friends and partners.”

Noting that the situation in Afghanistan was one of the focal points of discussion between India and the US, Jaishankar said that the two countries are on similar pages at a principle level on many of these issues- and certainly on terrorism, the usage of Afghan soil for terrorism is something which both of us feel very strongly.

Speaking about the first in-person QUAD Leadership Summit held in Washington DC last week, he said, especially this year, as all four countries have invested more energy and creativity into QUAD.

“We are actually seeing a whole lot of new issues, which come up,” Jaishankar said.

Talking about one big takeaway of the Quad Leadership Summit, he stated that the QUAD vaccine initiative, where the US is actually giving the technology and to some degree, the resources was the most significant.

Arguing that the beauty of the QUAD is precisely because it is not rigid, it's not formal, it's very comfortable and easy going and the agenda is made up responding to the requirements of the times, Jaishankar said the QUAD is a very new model of cooperation among like minded countries.

On a question on how to deal with the rise of China, Jaishankar said, “In many ways, those are bilateral choices that all of us have to make, we each have a very substantial relationship with China.”

Talking about the COP26 in Glasgow starting this month, the EAM stated India is the only G20 country which has kept its Paris commitments and has made enormous progress in terms of growth of renewable energy, in terms of energy efficiency, in terms of intensity of energy of emissions, in terms of forestation, biodiversity, of water usage.

“So I think the world needs to get serious about it, we need to strive for net zero, but global net zero means that the developing countries must still have room to grow and that the developed countries need to do their own net zero and net minus,” he said.