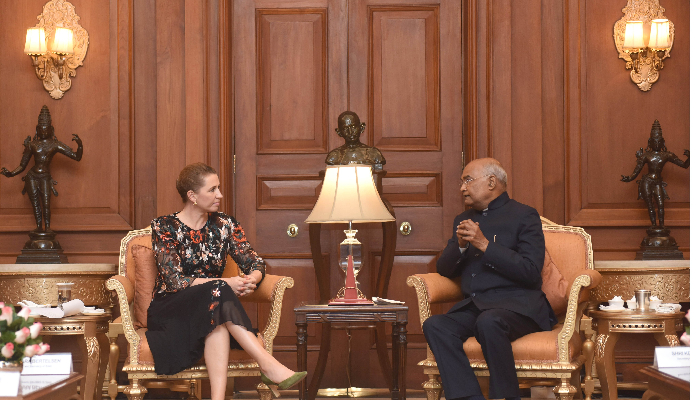 “Our warm and friendly ties were rooted in history as well as shared values and aspiration. The recently launched Green Strategic Partnership between India and Denmark will make our relationship even stronger,” President Kovind said while welcoming the Danish Prime Minister and her spouse to India.

President Kovind extended an invitation to Denmark Queen Margrethe II to visit India next year, which would coincide with the “momentous” occasion of the golden jubilee of her reign and 75 years of India’s independence.

The President further added that the visit of Denmark Queen Margrethe II to India in 1963 as Crown Princess is still warmly recalled in India.

According to the MEA, President Kovind thanked the Danish Prime Minister and her government and people of her country for their solidarity during the second wave of the Covid-19 pandemic in India.